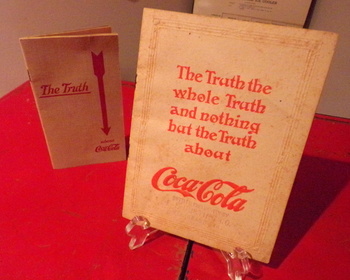 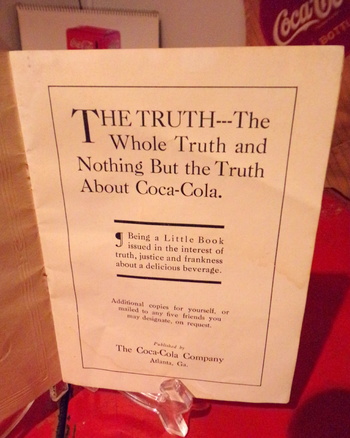 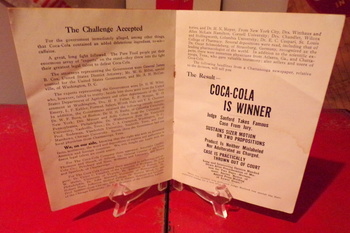 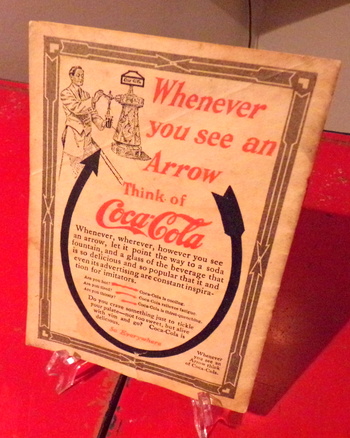 In 1909 the United States Federal Government sought to regulate Coca-Cola under the National Food and Drugs Act of 1906, claiming that the Delicious and Refreshing beverage contained "deleterious, injurious, or habit forming drugs." Those bastards!

After 3 years of court battles with Uncle Sam, which threatened to bankrupt the company, Coca-Cola prevailed. In an effort to publicize their victory and off set negative public perception, they put out two small informational pamphlets in 1912 and 1913. They are known as "The Truth" booklets.

I've run across a few of the 3"x6" 1912 version over the years, but only one 5"x7" from 1913. So last week I jumped on it after negotiating an eBay BIN deal for 20% book value. Condition is rough with creases, foxing, tears, stains, etc. All minor in my opinion when weighed against presentation and content of this century old ephemera survivor.

It is ink stamped on the front and inside back covers "Bottled Exclusively by E.L. Husting Co. Tel. Grand 844". I consulted my go-to advisor Mr. Google who quickly informed me that E.L. ran a brewery and bottling op in Milwaukee from 1900 to 1918. Pretty cool. 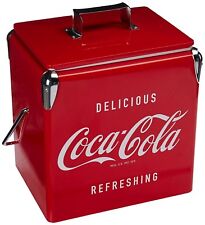 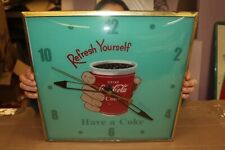