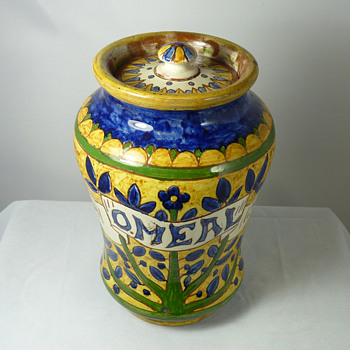 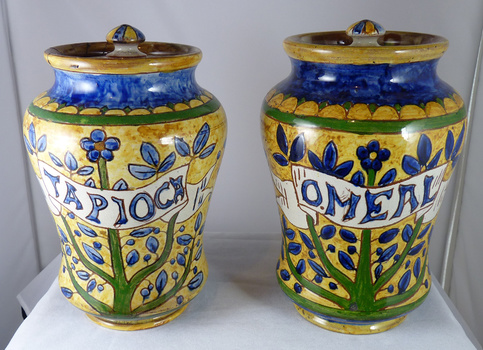 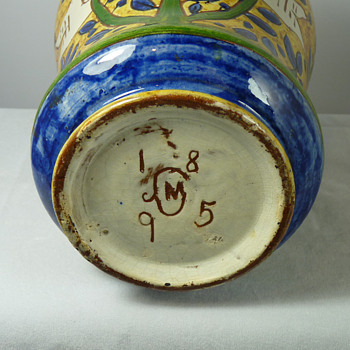 Carlo Manzoni (1855 - 1910) was an Italian sculptor who moved to London in 1885, and was a neighbour of Conrad Dressler, co-founder of the Della Robbia Pottery.

In 1893 he joined Dressler and Harold Rathbone at Della Robbia, however he left in 1895 to form Minerva Art Ware Manufacturers, set-up in space let from Granville Pottery at Hanley, Stoke-on-Trent.

In 1898 he returned to Della Robbia as Artistic Director, staying on until the company's closure in 1906.

This pair of lidded pottery jars are just over 7in high and are modeled on Italian 17th Century drug jars. One is signed CM 1895, the other has the same mark and is dated 1896.