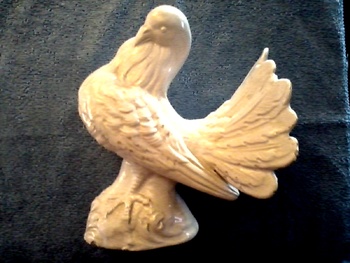 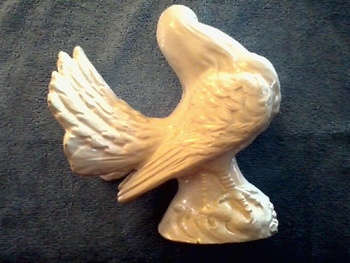 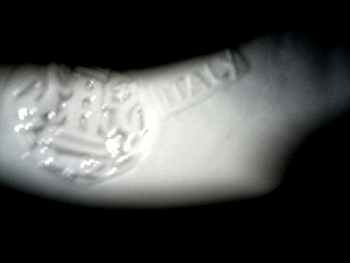 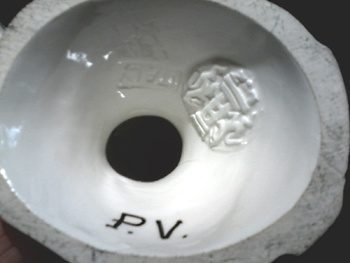 Thought this was a really nicely made bit of porcelain. A beautiful fan tail pigeon which was probably one of a pair. Lots of interesting marks inside the base along with an Italy impressed mark. Turns out this mark is for Luigi Zortea Bassono Italy. Still not sure what the P. V. stands for. This probably dates from the 50's or 60's -Mike-

Luigi Zortea opened his studio in Bassano, near Venice, in 1912 and his family has kept the firm in operation through the 21st century. Zortea porcelain figurines of animals are the most collectible but all Zortea creations are fairly collectible. Zortea never reached the worldwide acclaim of Mollica or Cacciapuoti or even some of his neighbors such as Ronzan but this, in part was due to the small output of the studio and Luigi's inability to attract the attention of the larger importers. There are a number of collectors who concentrate on early Zortea pieces and some examples can cost hundreds of dollars. Unfortunately, the Zortea name is not widely known to the general collector and pieces often fail to sell for their true value.