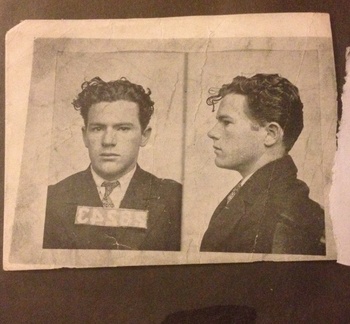 This is the original mugshot photograph from one of the most talked about murder cases in the 1920s. This mugshot is of William Edward Hickman "The Fox" as he called himself. He kidnaped and murdered a young girl Marion Parker in Los Angeles. The details are gruesome so I don't want to discuss them all here but it's an interesting read about a ransom gone wrong. This piece was found with a larger group of Police Memorabilia from an Officer that served in the early 20th century in the LAPD.