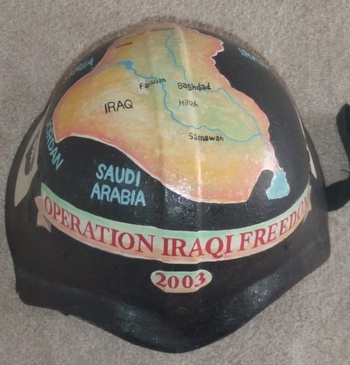 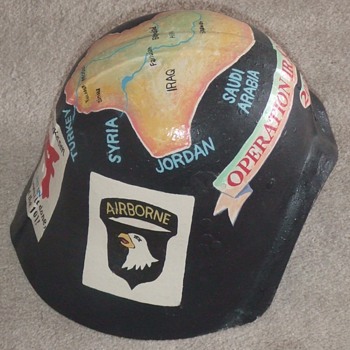 This is a Fedayeen Helmet that was captured in Hilla Iraq in the early part of Operation Iraqi Freedom.

It was painted by an out of work Saddam Hussein mural painter in the city of Sinjar(West of Mosul, near the Syrian border). The same painter was commissioned to paint a large historical mural in the Sinjar Post Office.

The map design documents the 2-187 Infantry during the war and includes historical patches and sayings from the unit, which was part of the 101st Airborne Division (Air Assault). 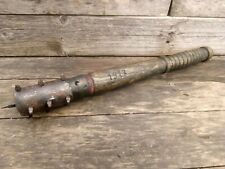