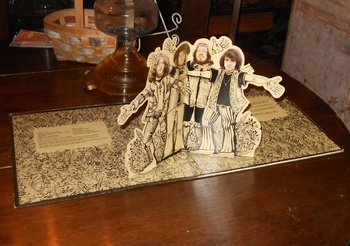 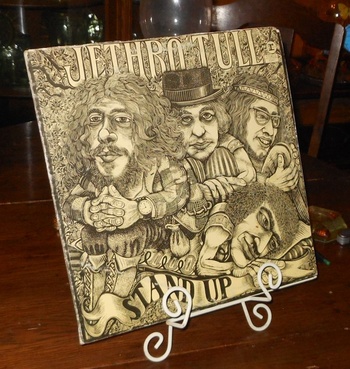 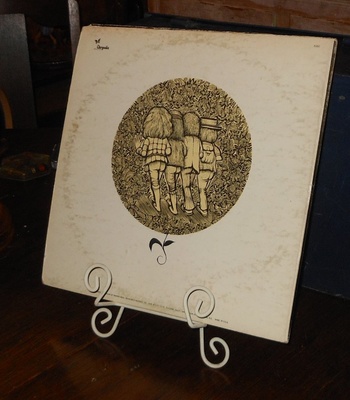 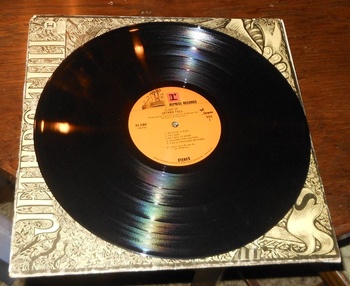 The original cover with the pop up inside from 1969. When the album cover is opened the band stands up with a pop up sort of like a childrens book. It was soon replaced with a version that did not open.
The record inside is from Reprise although the album cover is the Chrysalis line.
One of the fun thing about buying record albums was the album art and extras such as this one.
Stand Up was the first true Jethro Tull album. There was the album titled "This Was" but the album title was a bit of a jest as this was what Jethro Tull sounded like before they found their true sound.