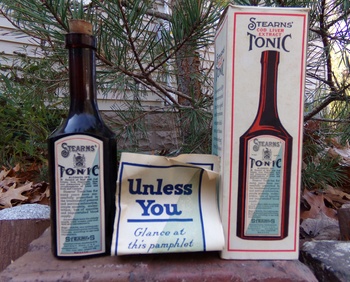 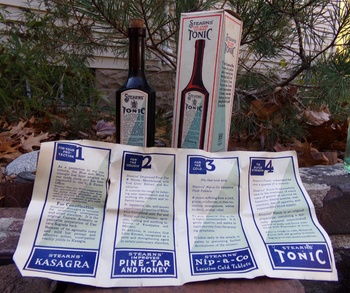 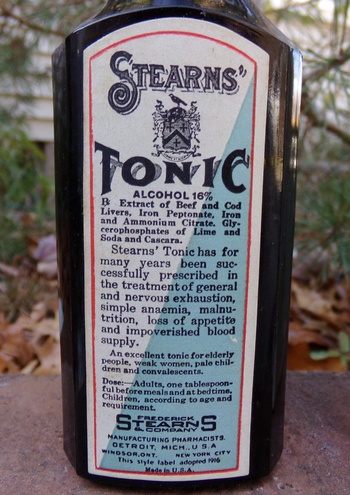 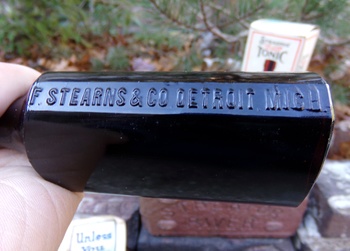 Here is a wonderful addition to my paper-label bottle collection. Although it is a tooled bottle, it is sadly after 1915. Still, it comes corked, filled, embossed, labeled with paper and in its original box (It says "Physician's sample.")

F. Stearns & Co. was founded in 1855.
Stearns' Tonic, a mainly Cod Liver Extract, was around in the great state of Michigan for decades. They seem to have sold out in the 1940s.
Frederick K. Stearns, founder, also organized what became the Detroit Symphony Orchestra and was owner of the Detroit Wolverines (National) baseball league in the 1880s.

I think that I got a steal for it ($5) as this box and pamphlet makes a common bottle become much rarer. The label alone is great.
If it were a clear bottle, it'd be a very rare treasure. The clear ones are harder to find, and I've only seen one labeled-- and none in this or smaller size.