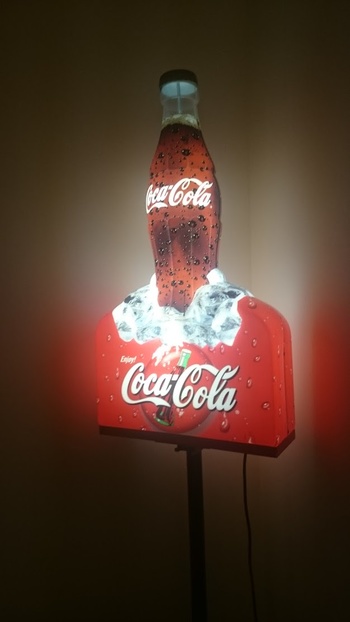 Yes its a Coca Cola sign, and yes it stands in our living room(but its dark in there). Its going down to the man cave soon - but until then it actually matches the Kitchen Back splash. :)
Its old - not vintage old, but older than me. 30 years ago it resided in a Petrol Station - one collector had it for ages but was forced to sell it for a cheap price - my husband loves Cola and he had a birthday.

Well - it is rare, haven't seen one like it. Have you? The original pole is attached.