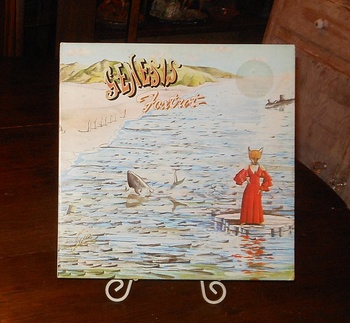 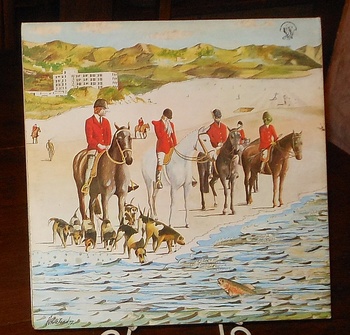 From 1972 featuring the 25 minute long track Suppers Ready. This is actually the third album cover Paul Whitehead did for Genesis. But this one is done in the same style as the Nursery Cryme cover. It even includes the Nursery Cryme cover on the backside with the croquet game. Many other elements are taken from this album and the live show including Peter Gabriel's vixen costume. Gabriel had a variety of costumes he wore in live performances.
Once again the inside cover has the lyrics along with photos of the band members including Phil Collins with long hair. Back then he was the drummer with occasional background vocals.