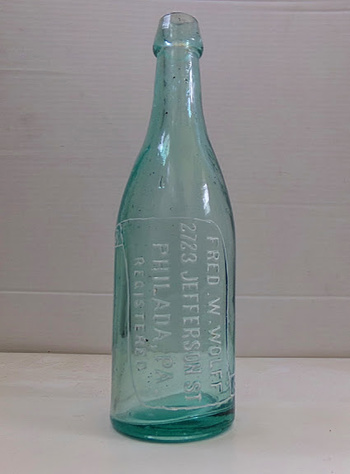 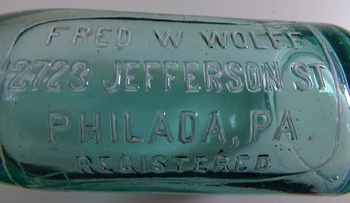 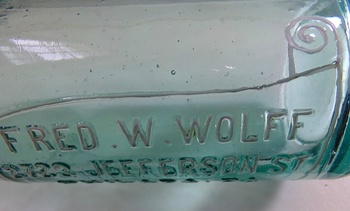 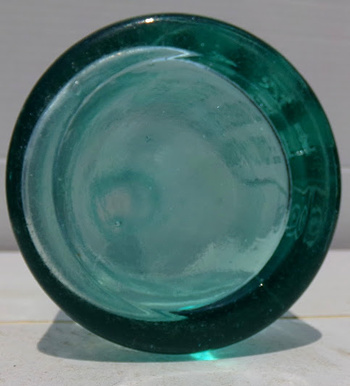 Not much to say on the company. Frederick Wolff had a brewery from 1894 to 1895 according to a man I contacted. Two bottle variants known. A third from a different Wolff.

I got it off e-Bay a while back. I watched this auction for several hours and in the last 3 seconds dropped my max bid on it, cutting through other bids and seized it fairly cheaply.
(I ONCE lost an auction I didn't want to lose. After that, I simply refused to lose. I once knew I was gonna lose a lot-auction and brought it up from 99 cents to over 65 dollars just to make the other bidder pay dearly for warring with me [2 bottles in it made that price worth it.] Thankfully for people buying bottles on e-Bay, I rarely buy online.)

What makes this bottle special is the "scroll"-set embossing. See picture three. It is literally a scroll. Few bottles have this.