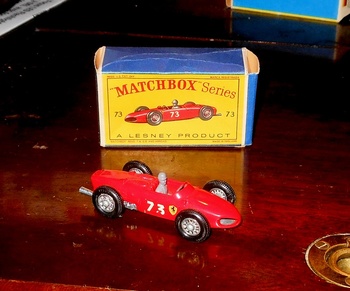 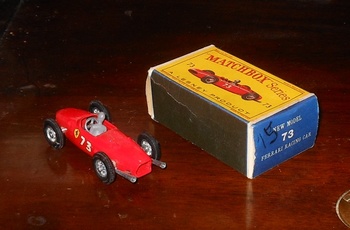 For Matchbox Monday (it is still Monday here) we are featuring the Matchbox 73B Ferrari Formula 1 Racing Car. This model was released in 1962 and was in the catalog through 1967. This has the D style box. D style boxes were first released in 1962 and only had the serif lettering on the end flaps in 1962 making this solidly from 1962. Those who dislike the circa dating will like that.
In 1968 it was replaced by the Mercury Commuter Station Wagon. Looks like #73 got married.