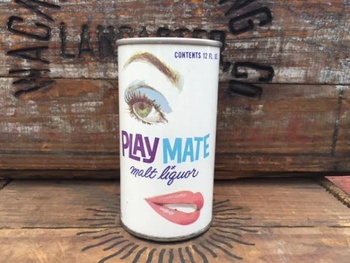 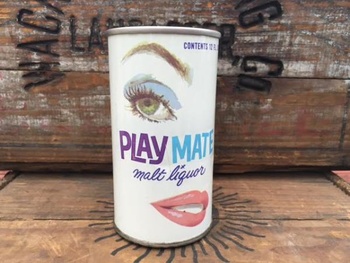 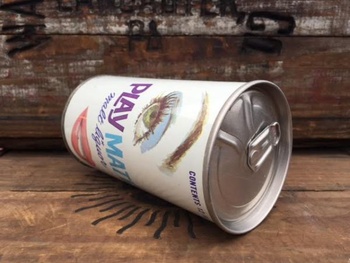 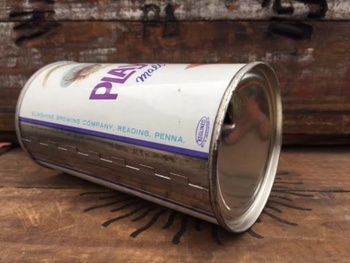 Unfortunately when Sunshine advertised their new beer as Playmate they didn’t realized or didn’t care that they were violating a trademarked name owned by Playboy Enterprises (owners of Playboy Magazine). Later that year Playboy filed a suit of copywriter infringement and sued the Sunshine Brewing Company. Playboy then went on to win the suit. Playmate Beer never made it to the shelves and was never really advertised to the public. Sunshine was issues a cease and desist order and we ordered to destroy anything and everything associated with the Playmate Beer name.

Playmate Beer Cans are very sought after by can collectors. Not many of them made it out to the public or even into collections due to the lawsuit with Playboy Enterprises. There are actually 2 variation of Playmate Beer Cans made by the Sunshine Brewing Company. Both variations have the exact same graphics and colors; the only differences are one reads “Malt Liquor” and the other reads “Beer”. The “Beer” variation is the rarer and the harder to find in good condition of the two variations Playmate Beer Can.