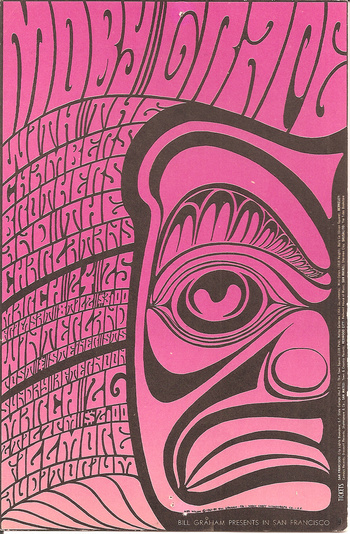 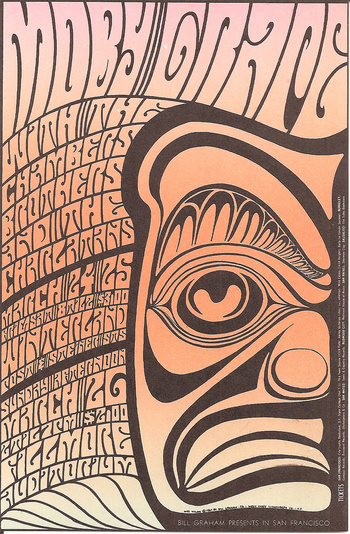 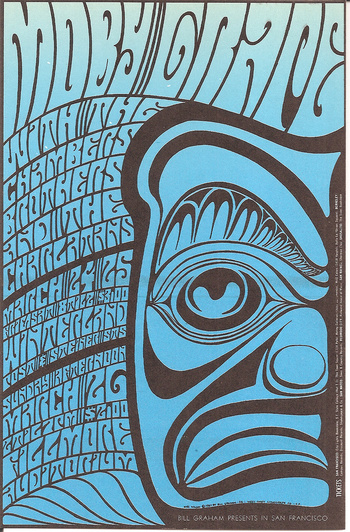 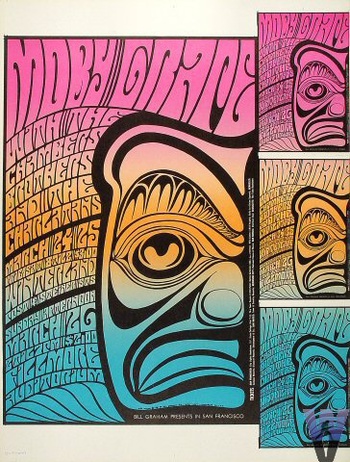 In 1967, Wes Wilson riffed on a primitive mask image as the dominant element for a poster advertising three shows by Moby Grape, the Chambers Brothers, and the Charlatans. The concerts took place on March 24, 25, and 26—the Friday and Saturday shows were at Winterland, while the Sunday afternoon show (2-7pm) was held at the smaller Fillmore Auditorium a few blocks away.

The technique used to get color onto the poster is called split fountain. As you can see from the uncut proof of the poster with its smaller postcards alongside (the far-right image with the watermark on it), the color fades from lavender to blue on the poster.

On the postcards, though, the colors are mostly contained, although I've seen lots of versions of these and they vary widely. Today I finally got all three versions, each with nice color differentiation. I plan to frame them vertically, to mimic their orientation on the uncut sheets. Yeah, kinda geeky...