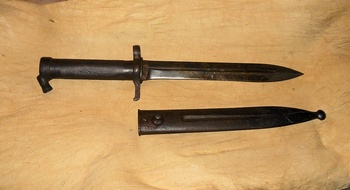 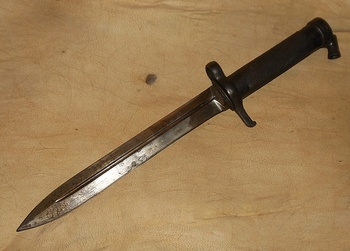 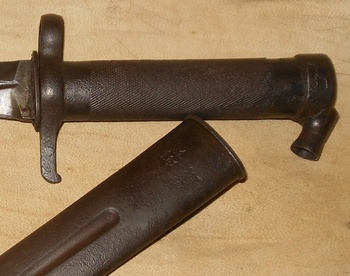 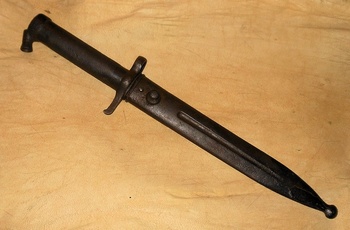 When I go on an antiques shopping spree I try to get one item per category. IE one glass piece, one toy, one taxidermy etc. This is my piece of militaria which is a bayonet as usual.
For some reason I had a feeling this one was Swedish probably as I have seen one labeled as such. This one was made by Eskilstuna Iron Manufacture Company For which the initials in Swedish are EJ AB which is stamped on the blade near the hilt. This is the later model probably made during WWII and probably for the semi-auto rifle Ag m/1942B used by Sweden in WWII. This is the late version which has weaker checkering on the handle than the early version.
A couple interesting points about this bayonet. One is that it is all metal from the handle to the scabbard. The other is the screw for tightening it to the rifle. Probably not the best feature as normally one just puts the bayonet on and it locks into place automatically. But not this one.