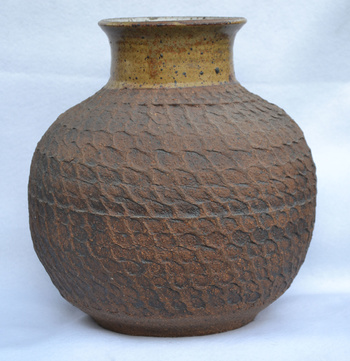 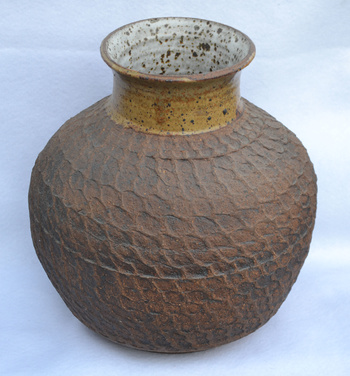 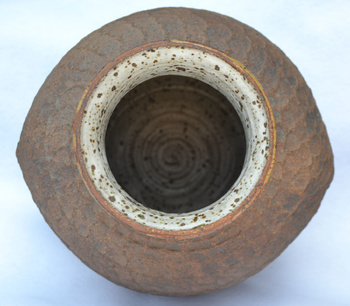 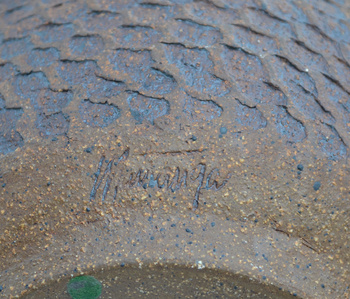 83-year-old Frank Matranga passed away in May (2016). He spent a satisfying and prolific career making pottery here in Southern California. After training under Vivika and Otto Heino and Carlton Ball, and working for several years for Raul Coronel, Matranga opened his own studio in the late 1960s. He is probably best known for the large scale ceramic mural installations scattered around Southern California. His first mural commission came in 1970. Not all still exist, but at one time there were 57 of the murals.
In 1977, Matranga spent five months teaching potters in Japan and, himself, learning from Shoji Hamada. Two years later, Matranga was rewarded with a series of one-man shows in Japan. The Japanese culture remained a major influence on his work throughout his career.