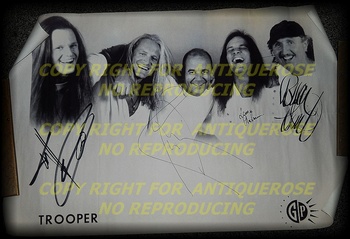 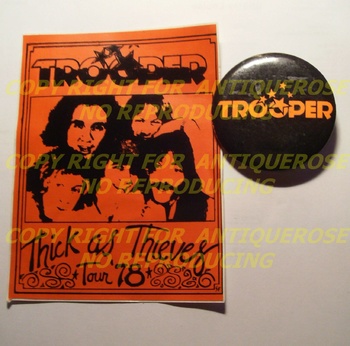 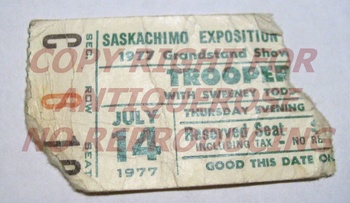 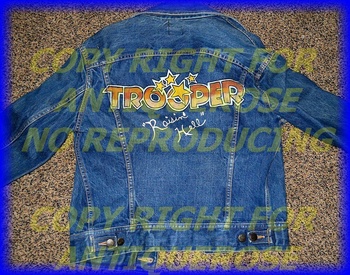 Thought I would post my little TROOPER COLLECTION. Very popular around here back in the 1970's era.....and I think they STILL do shows!! So My items are:

1). A poster I bought for very little - only a couple weeks ago. Was NOT sure if the signature were real or not. So I contacted *Operations Manager for Trooper* and did get a reply back. The poster is from 1990's era and the Signatures are real, just SEE NOTE BELOW......

4) .....and MY Lee Blue Jean Jacket from back in the 1970's in which I used liquid embroidery paints to do the Trooper Stencil on the back.

[ quoted to me personally ]

"" The signatures are authentic, although the third one is that of Lance Chalmers, who replaced John Stoltz as drummer in the early ‘90s (it’s John in the photo). This was likely autographed shortly after the band member change and before they had a chance to take a new group shot.