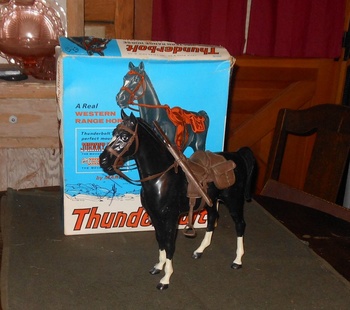 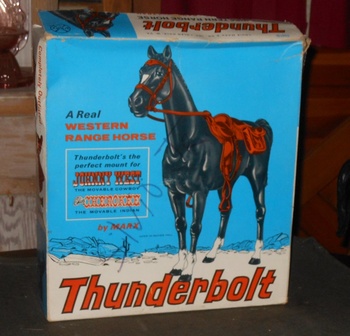 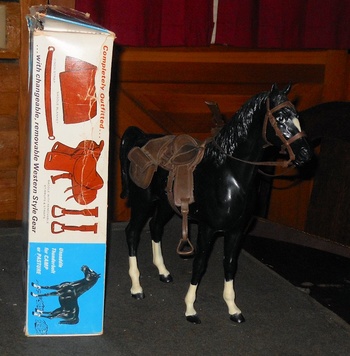 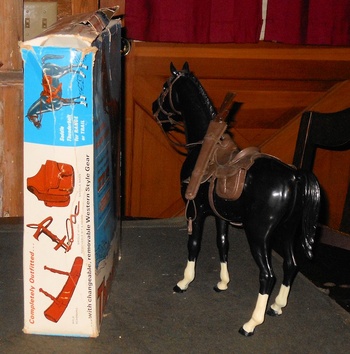 Normally one would only find this on eBay or somewhere else online. But this was found in antique store while mall hoping in the high desert town of Hesperia. The high desert in the Victorville/Hesperia area is becoming an antique mecca. Seems to be a lot more antique malls and stores than in Los Angeles.
Back to Thunderbolt this is from the Johnny West series. This is the first series box that was sold from 1965 until 1970. I have a couple/few black Thunderbolt horses but haven't had one with a box before. Often Sam Cobra was paired with the black Thunderbolt but he did not exist until the early 1970s and those Thunderbolt horses had black tack. This one has brown tack and based on the color looks to be 1965-1968. There are various shades of brown used on the tack throughout the years.