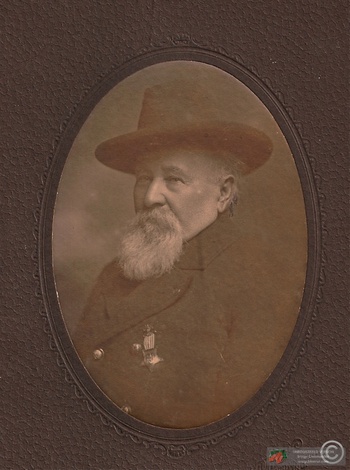 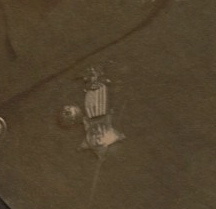 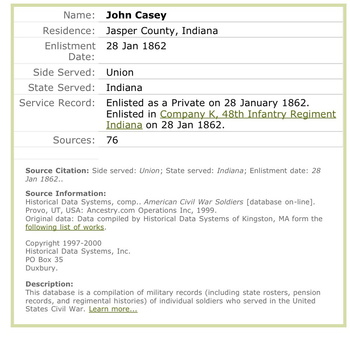 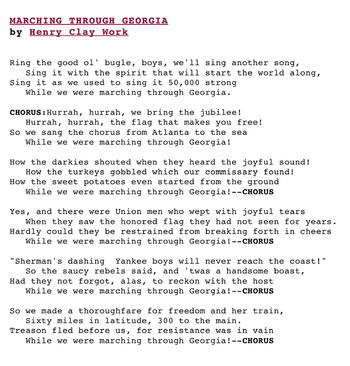 This is a picture of my step great grandfather. He married my mother's
grandmother after her husband died. With his father's written permission, he enlisted in the Indiana infantry in 1862 at the age of 17. He was with Sherman as he marched through Georgia. I'm told "Grandpa Casey" spent many years in and out of veteran's hospitals dealing with both physical and mental issues as a result of his war experiences. I'm also told that he had a wonderful voice and when he had too much to drink, he would belt out the song "Marching Through Georgia" and you could hear him all the way down the street! He's wearing a Civil War Grand Army of the Republic medal which was worn by Civil War veterans. 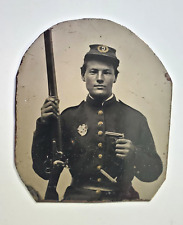 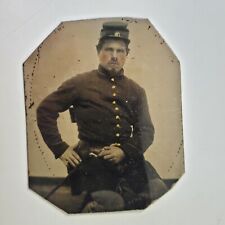 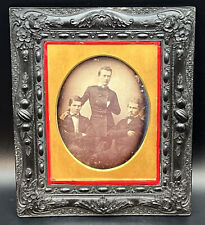