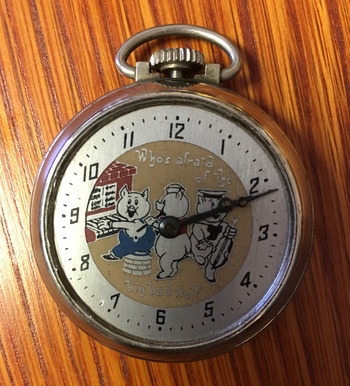 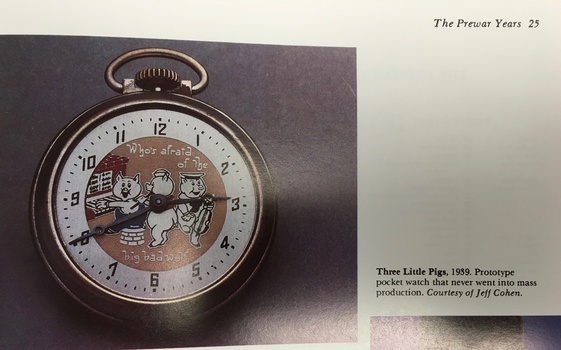 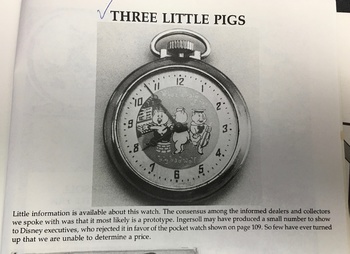 I found this pocket watch which appears to be a prototype of the Disney Three Little Pigs Pocket Watch which was produced by Ingersoll in the 1930's. According to the book "Comic Character Clocks and Watches" by Howard S. Brenner, Ingersoll produced a small number of these prototypes to show to Disney executives who rejected it in favor of the version that was produced. This is also confirmed by the book "Comic Character Timepieces" by Hy Brown.

Does anyone have any further information about this watch. Is this the only known example or are there others? Does any else have one?