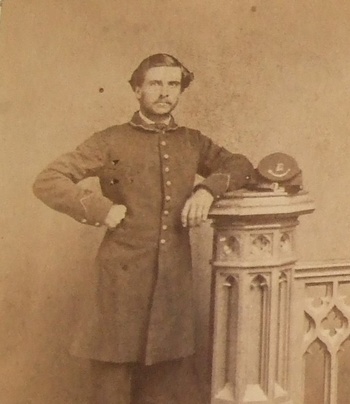 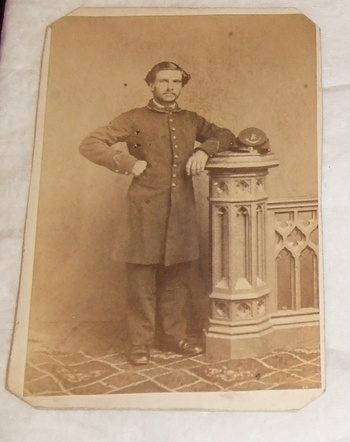 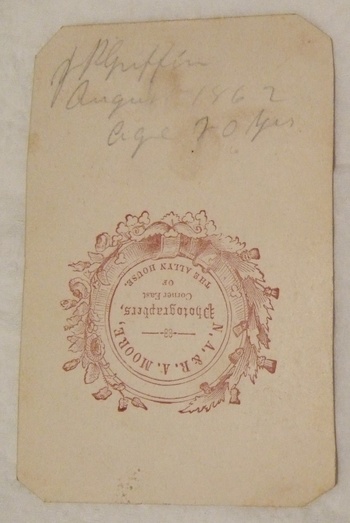 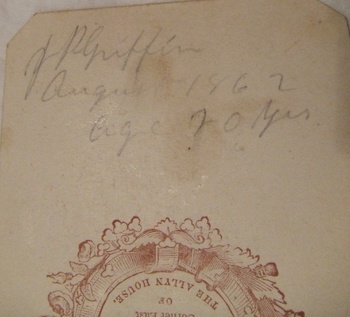 Griffin is shown at age 20 in August of 1862, when he enlisted into the 16th Connecticut Infantry. He was photographed by Moore of Hartford, CT.

Less than a month after his enlistment, Griffin and his regiment fought at Antietam and paid a terrible price-- 45 KIA and 159 WIA.

The Regiment fought several smaller engagements over the next 18 months.

At Plymouth, NC in April of 1864, Griffin and the balance of the Regiment were captured.

Griffin was sent to the infamous Andersonville prison and experienced the overcrowding of the prison leading to horrendous living conditions and death for so many.

When Griffin arrived the prison was at or near capacity of 10,000 prisoners. Over the summer of 1864, the prison population swelled to over 30,000 leading to food shortages, disease and death. 13,000 Union prisoners died at Andersonville.

Griffin was lucky and received a parole in FEB 1865.

Post- War, Henry Wirz, the commander of the prison was tried for murder and conspiracy in the deaths of Union prisoners under his control. He was found guilty and executed.