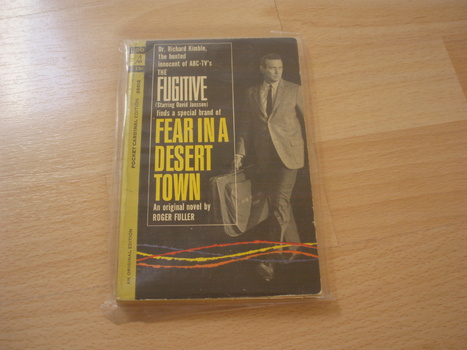 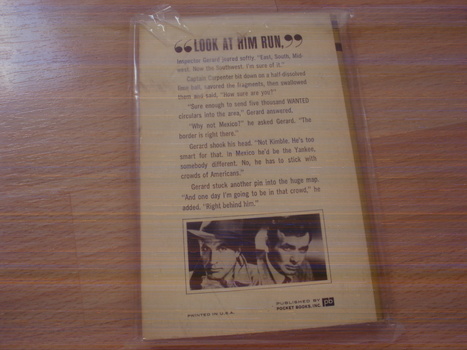 The Fugitive is an American drama series created by Roy Huggins. It was produced by QM Productions and United Artists Television. It aired on ABC from 1963 to 1967. David Janssen stars as Richard Kimble, a physician who is falsely convicted of his wife's murder and sentenced to receive the death penalty. En route to death row, Kimble's train derails over a switch, allowing him to escape and begin a cross-country search for the real killer, a "one-armed man" (played by Bill Raisch). At the same time, Dr. Kimble is hounded by the authorities, most notably by Police Lieutenant Philip Gerard (Barry Morse).

The Fugitive aired for four seasons, and a total of 120 51-minute episodes were produced. The first three seasons were filmed in black and white; the final season was in color. ( Wikipedia )

The Fugitive was nominated for five Emmy Awards and won the Emmy for Outstanding Dramatic Series in 1966. In 2002, it was ranked No. 36 on TV Guide's 50 Greatest TV Shows of All Time. TV Guide named the one-armed man No. 5 in their 2013 list of The 60 Nastiest Villains of All Time.

For some reason there was not much merchandise produced for this popular dramatic series. The book "Fear in a Desert Town" is the only one I am aware of although there may be more. This 1963 first edition by pocketbook Cardinal editions was written by Roger Fuller whose real name was Don Tracy, from New Britain, Connecticut. Born August 5, 1905 and died March 10, 1976. Roger Fuller was one of his pen names.
The book is 156 pages and begins with Richard Kimble's further adventures beyond the television series, 'The Fugitive'.
Kimble is in Bisson, Arizona, where he finds himself in the middle of domestic issues as he takes a job in a bar.

The show was intense and for each episode my eyes were glued to the tv screen not wanting to miss a second of the action. It was and is my favorite drama series with Dallas a solid 2nd.