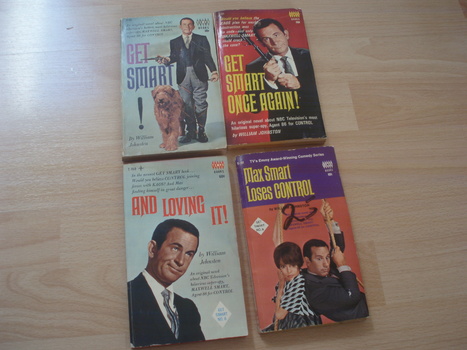 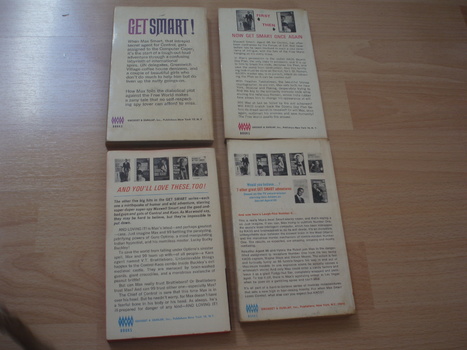 Good afternoon everyone,
Pictured here are 4 of 9 novels written by William Johnston and published by Tempo Books beginning in 1966-69.

Get smart is a tv comedy series that kept you laughing at every episode. Agent 86 Maxwell Smart ( Don Adams ) was the main character depicted as a clumsy inept American Secret agent working for the organization simply called CONTROL which is a secret U.S. government counter-intelligence agency based in Washington, D.C.
Maxwell Smart`s female partner is Agent 99 played by ( Barbara Feldon ) and their boss Thaddeus ( Edward Platt ) simply known as the Chief deals with the bumbling nature of Max. Max and agent 99 investigates and thwarts various threats caused by the evil organization called KAOS.

The writers Mel Brooks and Buck Henry were commissioned to create a combination of a James Bond and Inspector Clouseau and Maxwell Smart was the character they created.

There were a few different characters: Hymie the Robot, Harry Hoo, and The Claw who could not pronounce the letter L so Max would call him The Craw. These are only 3 of them.