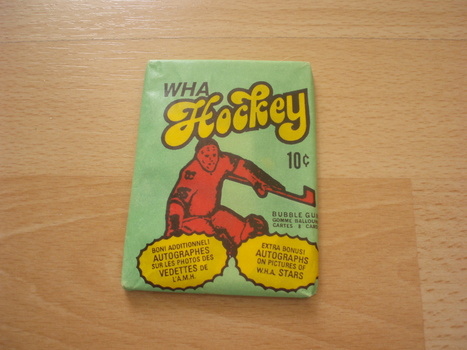 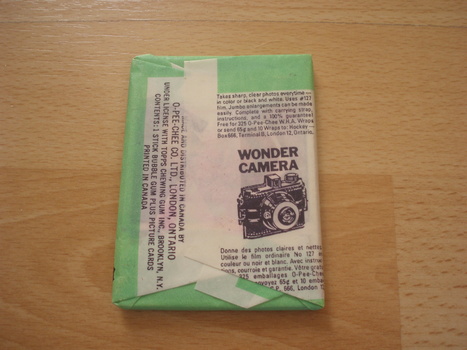 Good evening everyone,
I remember when the World Hockey Association began in the 1970's and Bobby Hull joined The Winnipeg Jets and became the first million dollar hockey player. The Jets came to Vancouver to play and we got to see Bobby in action. What a thrill this was especially when he was carrying the puck along the boards and Johnny Mackenzie boarded Bobby. This barley slowed the golden jet down as he kicked the puck ahead and kept going then Bobby reached back with his stick and gave Johnny a slap on the face with it. Johnny stopped preparing to attack then he looked and looked again realizing who had done this and decided this wasn't a good idea. All the while Bobby was still heading towards the net, we all had a good laugh.
The 1975-76 WHA hockey set contained Bobby Hull cards, Gordie, Mark and Marty Howe cards ( Marty's rookie card ) as well as Jerry Cheevers and other x NHL players.
The unopened pack pictured above is one I kept all these years. I liked the color and the fact that it might contain a Gordie Howe or Bobby Hull card.
The WHA games were great to watch and the tickets were cheap.