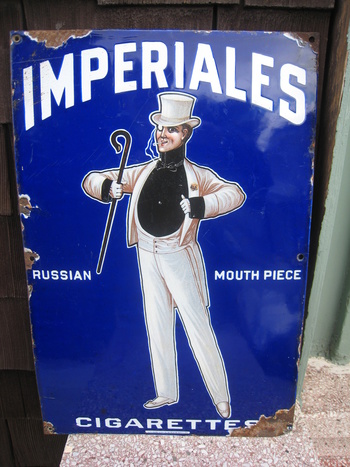 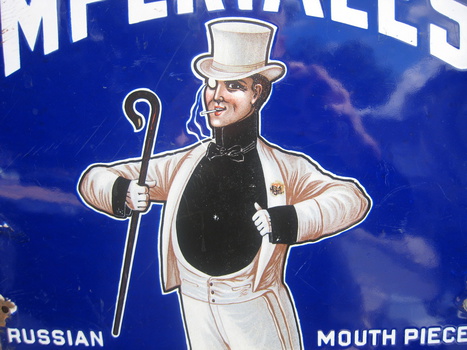 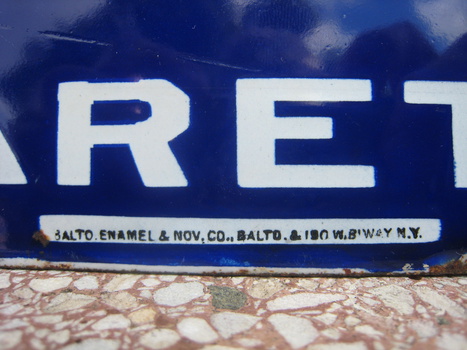 Bought this from a man on the Peninsula who was selling a whole bunch of railroad and phone stuff his dad had collected over the years for his hotel near Eureka.

As you can see, its a Baltimore Enamel and Novelty Co sign - they were one of the leading makers.

I believe Imperiales Cigarettes was a San Francisco Company known for their 'Russian mouthpieces'. This 21 by 14 inch sign is truly a stunner, with the image of the man in a top hat and tuxedo with a cane and monocle, smoking one of their cigarettes.