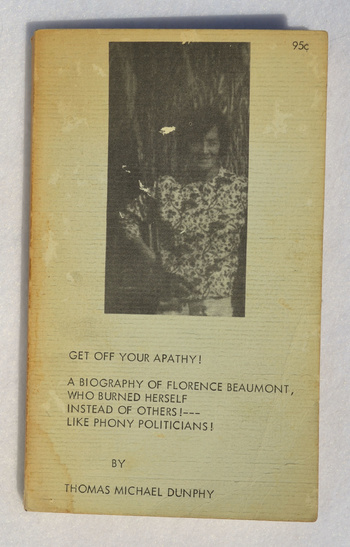 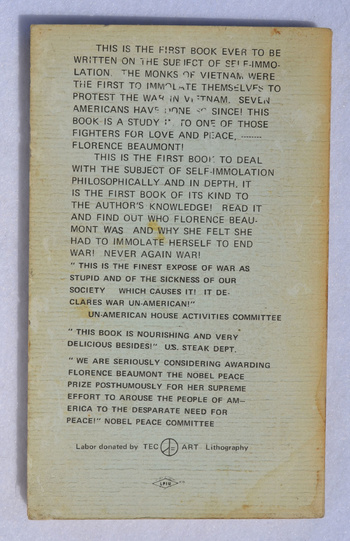 GET OFF YOUR APATHY! A Biography of Florence Beaumont, Who Burned Herself Instead of Others!---Like Phony Politicians! by Thomas Michael Dunphy.

On October 15, 1967 Florence Beaumont, a Southern California housewife and mother, became so fed up with the lack of progress toward ending the war in Vietnam she decided to set a shining example. She went to downtown Los Angeles, set her things down in front of the Federal Building, poured gasoline on herself and set herself on fire. By accounts, she walked about 40 feet, moaning and covered in flames, before collapsing in an ashy heap just as a guard arrived with a fire extinguisher.

With the co-operation of the family, Tom Dunphy (aka General Waste-More-Land) wrote this small run paperback in an attempt to, if not explain her ultimate motivation, at least explain her reasoning. 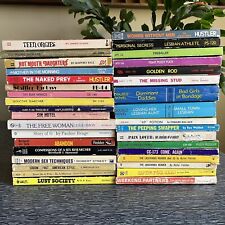 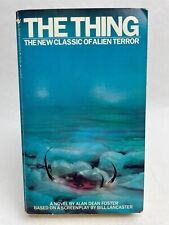 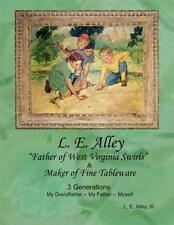 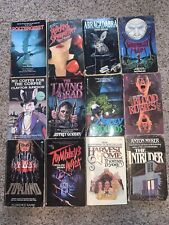