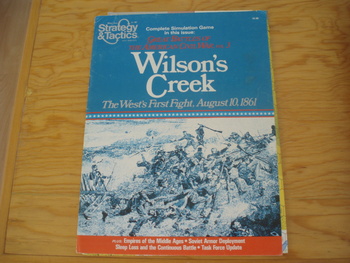 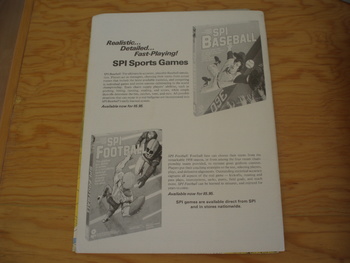 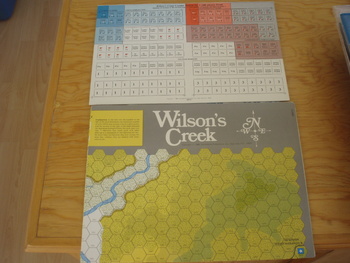 Back in the 1960's and 70's we used to play many different board games first, then advancing to more detailed strategy games. I enjoyed playing the earlier games in the 60's and also the SPI strategy games in the 70's. Buying Strategy and Tactics wargammer magazines more out of interest as girls and cars occupied my time.
Pictured above is issue #80 Strategy and Tactics magazine from 1980 which has never been played the markers are still intact.

Strategy & Tactics was originally founded in 1966 by Christopher Wagner. In its original format, it did not include a game in each issue but focused on existing wargames, design material for games, and hobby news and information. At issue #19, Jim Dunnigan acquired the magazine, formed Simulations Publications, Inc. (SPI) and began putting games in the magazine. The decade of the 1970's was dominated by SPI wargames and Strategy & Tactics magazine became the wargame hobby flagship. Unfortunately, the transition from a direct mail order to a distribution model, rapidly rising component costs, and increasing competition combined to sink SPI. SPI declared bankruptcy shortly after issue #89 was published. TSR, the company made famous by Dungeons and Dragons, took over as the largest creditor. TSR was not known for their wargames and though they tried to develop a wargame line and continue publishing Strategy & Tactics from #90-#110, they eventually choose to sell off their SPI assets. Strategy & Tactics was sold to World Wide Wargames (3W) and, later, most of the SPI box game titles were purchased by Decision Games. 3W published Strategy & Tactics from #111 to #139 and then sold it to Decision Games.

Decision Games has been publishing Strategy & Tactics since #140. A magazine only edition was introduced with issue #176 and is carried by over a thousand newsstands and bookstores. Strategy & Tactics is the longest running military history magazine, having published over 250 issues in its 41 year history.

WILSON'S CREEK BATTLE: Wiki
The Battle of Wilson's Creek, also known as the Battle of Oak Hills, was the first major battle of the Trans-Mississippi Theater of the American Civil War. Fought on August 10, 1861, near Springfield, Missouri, between Federal forces and the Missouri State Guard, it is sometimes called the "Bull Run of the West."