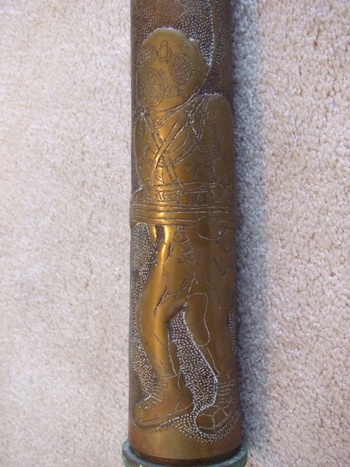 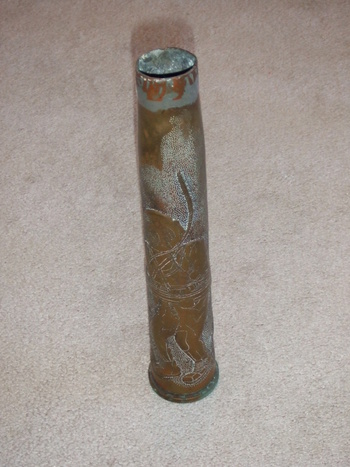 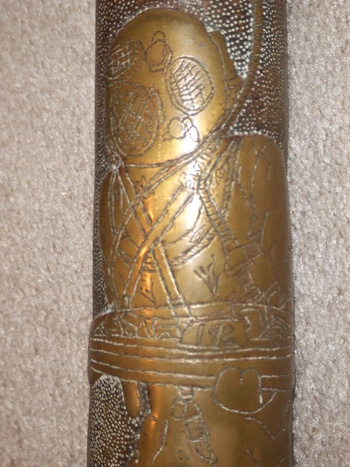 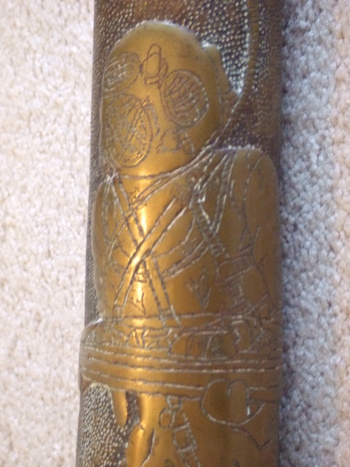 The Squalus sank during a test dive in 1939 , drowning 26 crew and trapping another 33 on the bottom at a depth of 243 feet. Navy divers were able to rescue the 33 using the McCann Rescue Chamber. The four divers who worked the rescue recieved the Medal of Honor for their actions.

The shell has a hole at the base and shows residue of something attached at the top, so it was probably a lamp at one time.