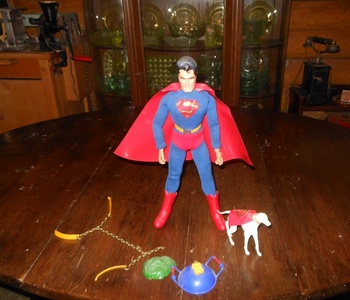 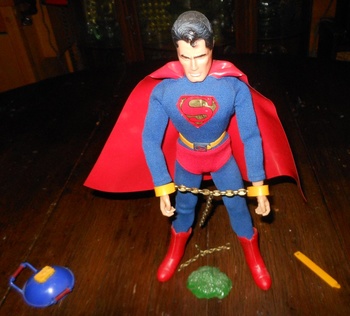 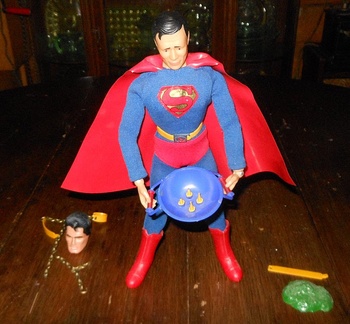 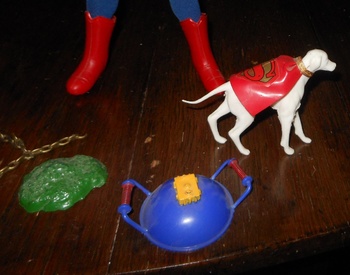 Getting right along with the anniversary of Captain Action that I was planning on posting last year.
Ideal released Captain Action in 1966 as a response to GI Joe. They wanted a piece of the 1/6th scale action figure market too. They even had the same designer, Stan Winston design the figure. As these were based on super heroes and comic book heroes it did not really step on the toes of GI Joe.
The various costumes were called "Disguises".
This is the Superman disguise. It comes with several accessories. Krypto the Super Dog, Phantom Zone Projector (whatever that is), kryptonite and shackles.
Photo 2 features Superman in shackles weakened by kryptonite.
Photo 3 has him without his mask revealed as Captain Action. He is holding the Phantom Zone Projector.
Much more Captain Action to come.