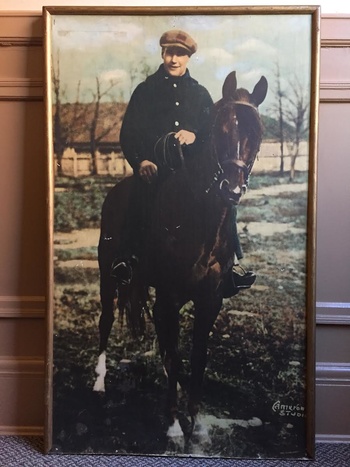 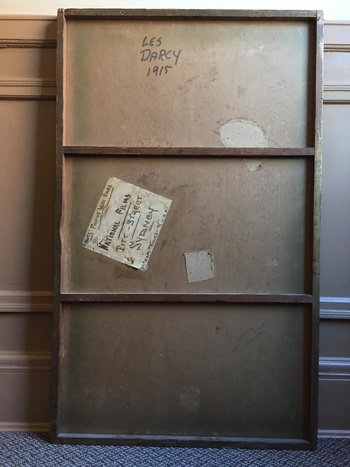 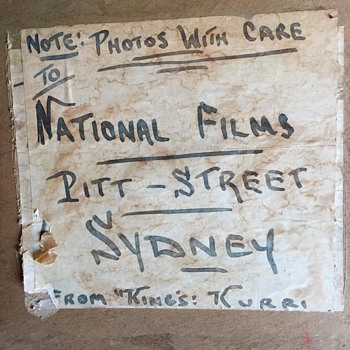 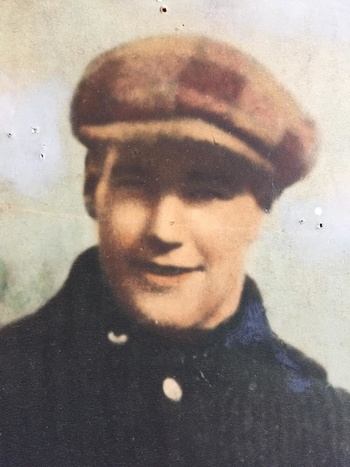 Would love to learn more about this 29 1/4 x 39 3/4 Les Darcy promotion piece. May 24th is the 100th anniversary of the death of famed Australian boxing champion Les Darcy, and I coincidentally just came upon this. Tinted photo is on thick board. What I think is "Cameron Studios" is in bottom right. Board is attached to frame and bracing. Darcy was an apprentice blacksmith prior to his rise to boxing stardom...hence the horse.

This photo apparently doesn't exist online and I can't find evidence of it being reproduced elsewhere. Les Darcy was in a few silent films before his untimely death at 21 in Memphis TN. I think this is a promotional piece for the 1915 semi-documentary "The Heart of A Champion" which was made by an American director J.E. Matthews who was working in Australia 1915-1916.

The back has faint hand written instructions indicating at which Stage door this was to be placed. I can't make out the bottom of the National Films paste on..."From: King's Kurri"? There are two stamps that read "Return to National Films of N.S.W. 200 Pitt St. Sydney".

I'd love to learn more about this. I think it's a very rare piece. I'm neither a boxing or silent film expert, any input would be appreciated! 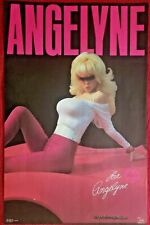