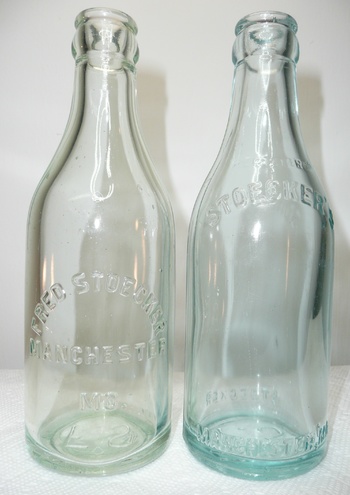 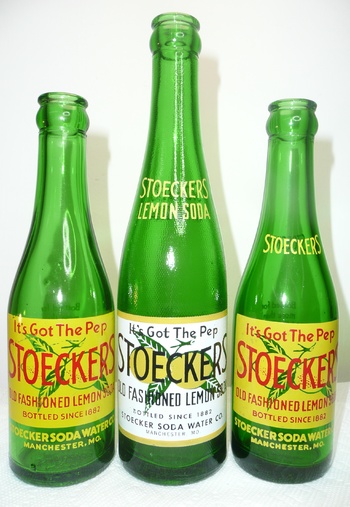 Stoecker Soda Water Co. was established in 1882 by a Fred Stoecker. In 1947 or 1948 Fred relocated and erected a new bottling plant at 120 Old Meramec Station Road in Manchester, Missouri. In 1959 the company is also called the Stoecker Double Cola Bottling Co. Dynamite Double Cola Bottling Co. acquires the assets of Stoecker in 1978 and relocates to Chesterfield, Missouri.