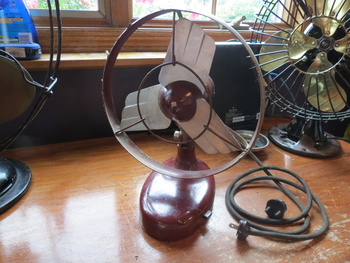 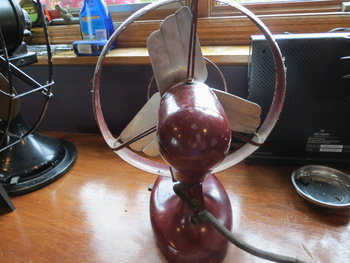 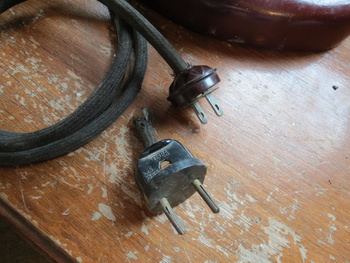 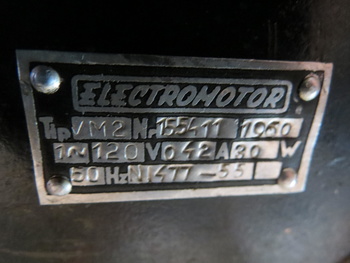 This is a 1930's European fan I think to be Polish.
Even though this fan is European, it has American writing on the model number plate, and American 120 volts AC. This is as I said European.
so it had the two prong plug. I looked up the American vs 1930's European
current, and I found out it was safe to use today, so I gave it a American plug but kept the European plug for the history of the fan. the fan is made of all metal and all original
paint, chrome, cord, I have the original plug too, but I have a American plug hooked up to the cord now. This fan dose run very nicely and smooth.
it has a sliding switch from no power to a full speed., push the lever little by little and the speed gets higher little by little,
A rare 1930's European fan. now that Europe has a different current sense the 1940's this fan is rare because no one in Europe can use it. and at the time of the current change this fan and all 120 volts fan in Europe got thrown away.
this is one of my rarest items.