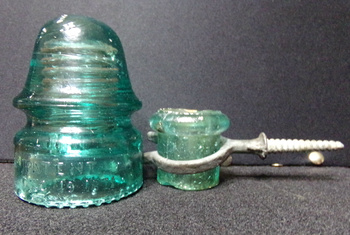 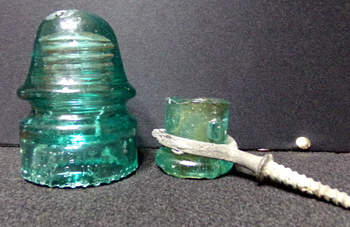 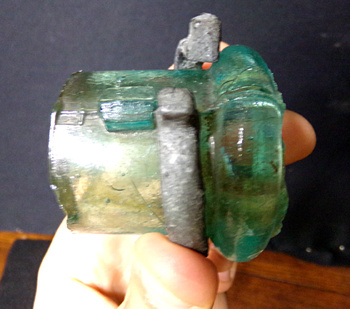 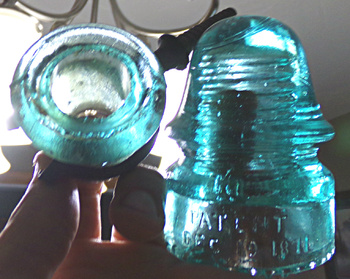 Yep, I still collect insulators; it's just been a long time since I found one I didn't have at a price I like.

At left is a CD 134 Pat. 1871 and 1893 Hemingray distribution insulator. With both patents on it, it's a little bit less common than just the Dec. 19th, 1871, and the May 2nd, 1893, dated ones.
My guess is, it was made in 1893 or 1894, as they were just engraving new moulds for the new patent seen on pretty much everything they made till 1910 and, for some models, several decades after!
The 1893 patent was for drip-points, but they often engraved non-drip-point moulds with the patent. I guess they were proud of their invention?

The second one is an untraceable lightning rod insulator. No, it's not broken. They were often crudely made as they didn't have to do much but screw into a house's siding and have a rod inserted through them. Date unknown. Probably around 1900.