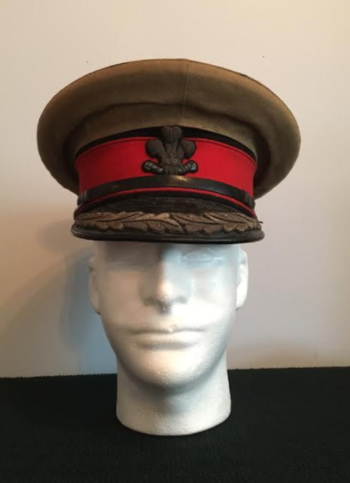 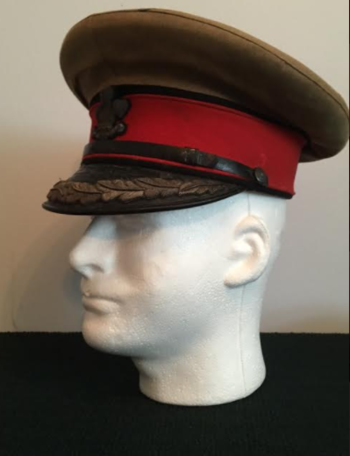 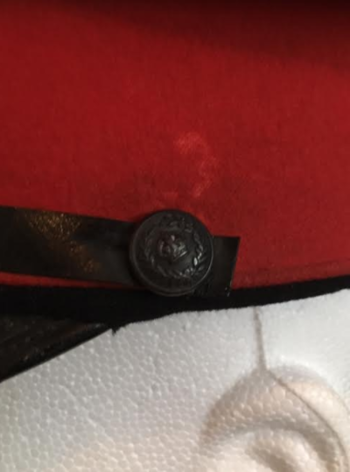 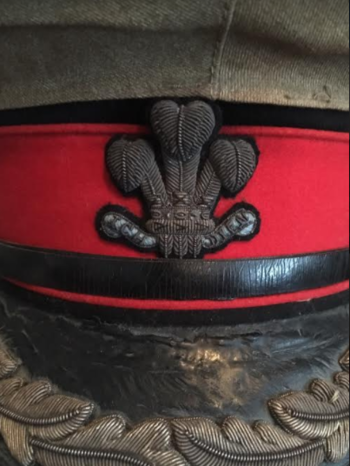 A very nice and rare visor cap that was originally worn by a Lord Lieutenant of a Welsh County during WWII.

The visor cap is in pretty good condition for its age. On the peak part of the visor, it sports gold leaf embroidery. A very fine blackened leather strap sits nicely on the cap, and above that is an embroidered badge with Prince of Wale's Feathers on it, to each side of the lower part of the badge is words. It says interestingly enough in German, "ICH DIEM" - "I serve". Sitting on the cap is a khaki cap cover that was put on the cap during WWII. The khaki cover certainly adds character to the cap and I personally really like it. To the side of the cap holding the leather strap into place on each side are blackened buttons with a King's Crown surrounded by laurels, I believe that is a General's Staff button, as seen on uniforms and headgear of High Ranking British Officers, and British officials such as Lord Lieutenants.

To the interior of the cap it is in good condition, the cap is made by "Jones Chalk & Dawson" based in London. Also a King's Crown to the maker's label on the interior, dating the cap likely to WWII.

Overall a super nice condition and rare cap to a Deputy Lord Lieutenant of a Welsh County during WWII.