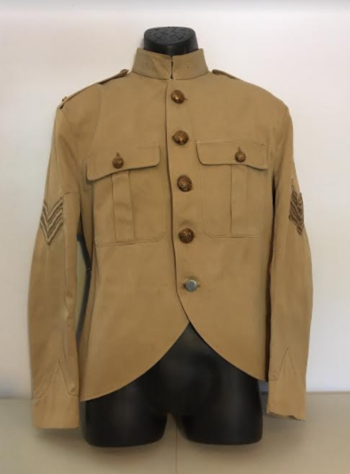 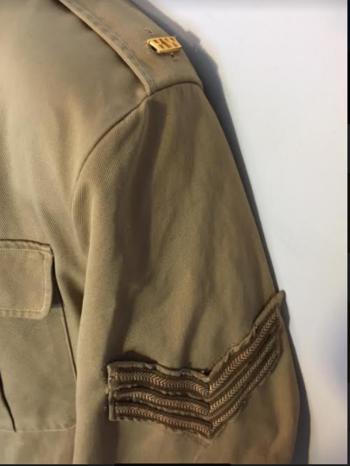 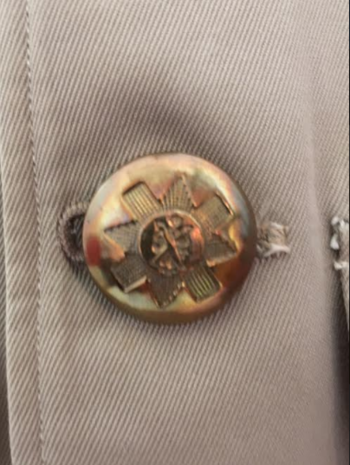 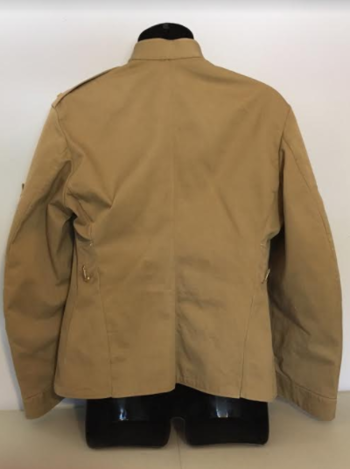 A very nice condition khaki drill frock to the Black Watch (Royal Highlanders). The KD (khaki drill) frock sports Sergeant rank chevrons to each arm, one is in perfect condition whereas the other is being held on by pins. The cuffs are pointed. Two nice upper chest pockets to this tunic. To the shoulders are Black Watch "BW" shoulder titles. Evidence (holes) of previous shoulder titles on this piece. Collars have holes to whatever previous Scottish regiment used this frock previous to it being used by an NCO in the Black Watch. Sports 8 post-1935 detachable Black Watch regimental buttons, as well as one plain bottom replacement button (often done on these tunics to not interfere with putting on a belt with it). Brass belt hook to each side. Not named or dated, but circa 1935-1945, likely late Inter-War to early WWII range. Overall fantastic, untouched condition KD frock to the Black Watch.

The 2nd Battalion of The Black Watch was stationed in Jerusalem October 1937 through August 1940, fits the approximate time frame of this frock so perhaps this was worn there by a Sergeant in the 2nd Battalion, Black Watch.