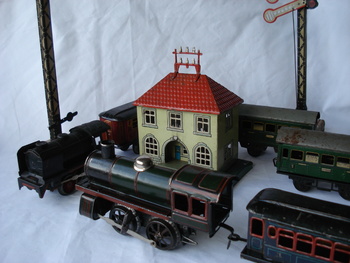 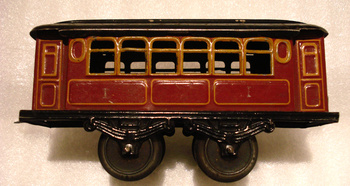 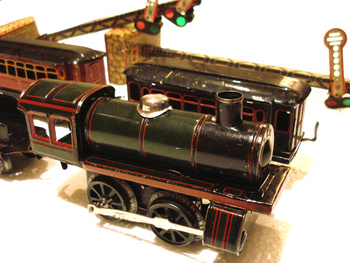 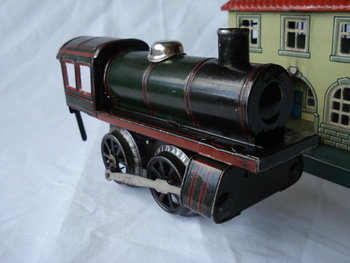 Karl Bub founded this company in 1851 in Nüremberg, Germany. As all the other toy manufacturers in Nüremberg, Karl Bub intended his company to produce merry go-rounds, fountains, carts, horse-drawn street cars, fire engines, and other tin toys both with, and without mechanical (clockwork) drive units. The 'KBN' trademark, which stands for 'Karl Bub Nüremberg'. Bub made a superbly enameled and later lithographed line of clockwork tin transportation toys including trains. They started making floor trains that ran by clockwork in 1903. Track based trains came two years later in 1905. Then in 1914 an electric train was added to the product line.