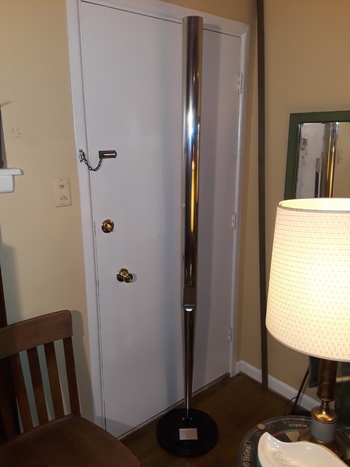 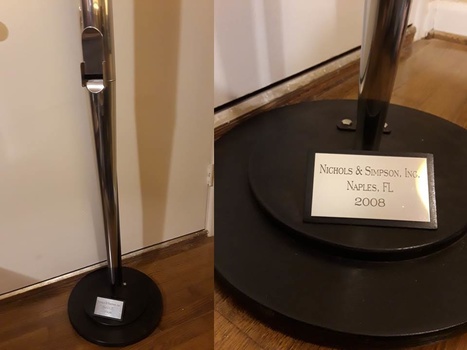 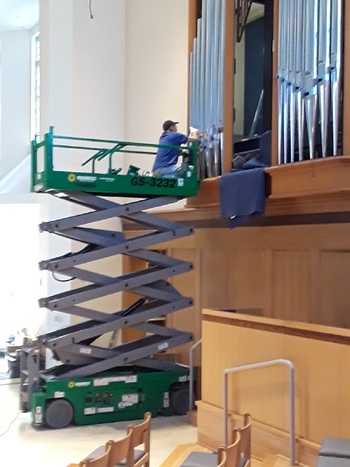 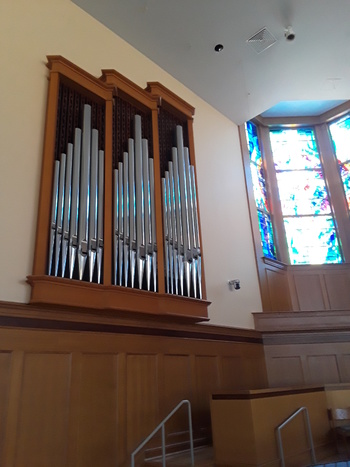 Right abouts 10yrs ago, the company I work for was busy installing our then newest pipe organ into an also then brand-new building in Naples, Florida which continues to be the home of The Moorings Presbyterian Church to this day.

[the Church website is here, which includes photos showing the instrument in its homepage 'slideshow', technical details of the organ available with a couple extra clicks:
http://www.mooringschurch.org/index.html ]

During that job, when it came time to unpack and hang the "facade pipes" [definition: the often fancy-treated 'decorative' pipes that form the visual front to an instrument, which usually serve as essentially a screen to hide more (roomsful of?) purely practical pipes and mechanisms] it became rather immediately apparent to all of us that a few of the several dozen total were...shall we say "not quite right" -- though all their diameters and other parameters were exactly correct, one of them was unexplainedly about a foot *too short*, two or three more were about two feet *too long*. [oops...a "clerical error" in our office while ordering said pipes I think the official excuse was but no matter, the organ spent its first few weeks looking like it had a few teeth missing until properly sized replacements arrived] The pipe pictured here is the one which was too short, which thus (accidentally) ended up being perfectly sized to wrap in a packing blanket for a safe ride home in the cab of my truck...?! ;-) :-) :-)

The pipe itself is a little over 6-1/2' tall, though only ~3" diameter. It is made of a very specific metal (~90% tin/lead alloy) that has been polished to a mirror finish. I made a simple black painted stand to hold it (via a loop soldered to its backside as originally made/intended, but not shown) from a couple plywood discs and a bit of scrap steel hardware which was laying around the shop, adding a polished aluminum nameplate (made by a local trophy shop) with our Company name, its origin, and its year. It has been a prominent item 'on display' somewhere in my home ever since.

The first pic shows the whole thing standing by my front door. Second pic is the lower 'business end' of the pipe itself showing the sound producing parts (top) and its tapered base. [called its "mouth" and "foot" in the trade, respectively] Third pic is the nameplate/base.

I left one slot open when I showed this a couple wks ago, kinda anticipating that somesuch 'additional photo op' would be presenting itself in my immediate future, which did in fact happen this morning. :-)

New pic#4 is actually *yours truly*, (your humble collector/contributor/junk show-er around here) riding the big green industrial scissor-lift machine around the front of the church this morning, in the process of what is called "pre-voicing" 2 of the 3 sections of facade pipes (see above) which front the final portion of this instrument, which myself and a couple shop workers are currently in process of installing in the (for the past decade) formerly empty space behind these pipes. Within the next couple of days, these pipes (as well as the missing center section in the pic, which are currently reclining on pewbacks out in the church, so we have access to that no-longer empty room...) will all actually PLAY for the first time since we installed them. (along with a little under 1K more, generally smaller brand new pipes, that will remain hidden behind these shiny few dozen and their fancy woodwork)

BUT BESIDES ALL THAT (too much info?) -- the operative fact for here/now is that *MY* pipe (the one that 'got ordered too short', that is) was originally intended to have been the very furthest one on my left-hand side, as I'm seen up there. Hope y'all enjoy the further bit of 'perspective'?! :-) :-) :-)

OK, so now I've scrunched two of my original pics together, in order to be able to add 'new' pic#4 which shows this entire facade with all its pipes in place, as it (again) appears on the wall in the church now that we've put it back together. To be clear(-er?), these pipes have been hanging there looking exactly the same for the past decade -- but until just now they have been completely silent, simply covering an opening into an empty space. That space is now newly full of many other pipes/mechanisms, and for the first time ever (17 of the 21 total) are fully functioning 'individual musical instruments' as they've always been intended to be, forming the lowest 17 notes (on the keyboard) of a full set of 73. (the rest being behind them inside, out of view) WHAT MAKES THIS SO SPECIAL TO ME, personally, is the fact that it was **ME** who ended up (albeit sort of accidentally?) actually "giving them their voice" -- not only by building most of the mechanisms that ultimately control/operate them (a job which I routinely do) but also physically making the pipes themselves speak -- a precise and exacting task unto itself which I do NOT routinely do. (that part generally being accomplished by one of my bosses)

To have been trusted to initially do it -- then for my efforts to have been judged entirely acceptable -- means more to me than I can put into words. To think that these pipes will now remain here 'doing their job' making beautiful music into future decades (likely long after I myself cease to be an inhabitant of Planet Earth) because *I* made them do it...well, let's just say that it makes the fact that I (accidentally) also have one of them at home SO very much more special now, too...? ;-) ;-) :-) :-) :-)