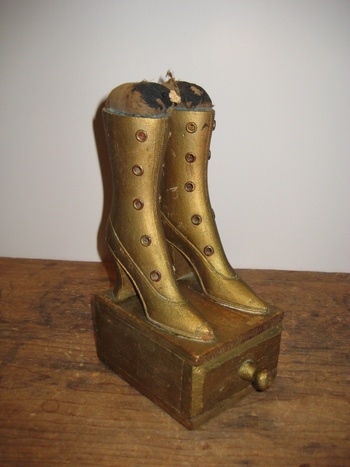 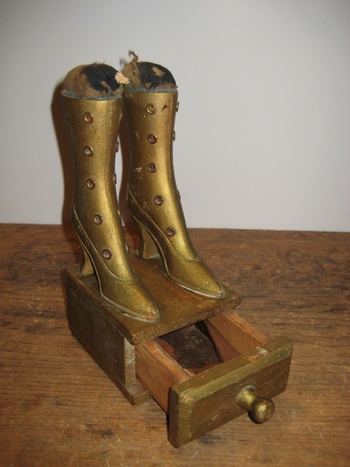 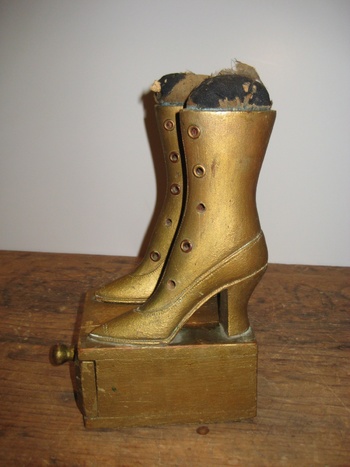 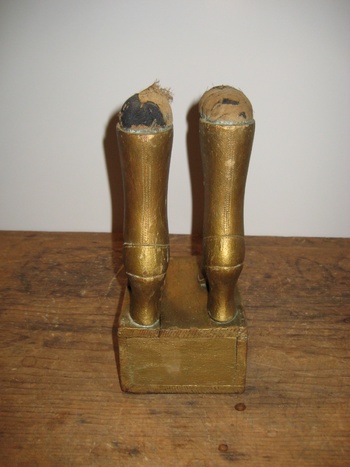 Sewing was once an essential skill. Clothing would be worn and mended until it could no longer be. The textile would then be used for other utilitarian purposes, e.g., incorporated into a quilt, cut up to make a hooked rug, etc. Not to mention holes in socks were repaired, buttons replaced, etc. One made do with what they had and things weren't just tossed out.

Objects associated with sewing, such as sewing baskets, boxes, "birds", pin cushions, spool cases, swifts and so on were often decorative objects made from a wide range of materials or combinations of them. Some are quite beautiful and many are considered a form of rather desirable folk art.

Pin cushions made during the Victorian times may be in quite a variety of forms. Many were figural, i.e., in the form of a familiar object or animal. Shoes seem to have been a rather popular choice for figural pin cushions. Again, they may have been hand made or produced in factories. They were made from a variety of materials. The pin cushions may either be male or female shoes, low or high top.

The pin cushion I'm posting is a hand made one. In fact, it is a pair pin cushions which take the form of women's high top shoes which are hand carved mounted upon a hand made 1 drawer button box. It is nearly 10 inches tall. Note how the "stitching" was done by punching the surface of the shoes, probably with the tip of the nail. They have metal eyelets (yes, a few have gone missing over the years). It is painted gold. I do believe the gold paint is old, possibly original. I can see no evidence of another surface treatment. Many of the factory made shoe pin cushions might be gilt washed spelter, copper or brass. Maybe the intention was to imitate those?

The shoes are of a circa 1900 style. The use of wire nails to construct the box and drawer would be consistent with that.

So typical of the period to lavish time and attention upon the creation of what in those days was a mundane object found in most households of the day and even representing something of the drudgery of the lives of many as a result creating a wonderfully decorative object (at least in my opinion). And not signed like so much folk art of the day. 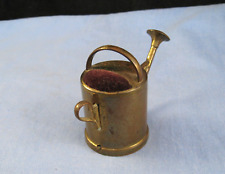 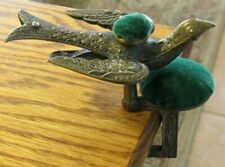 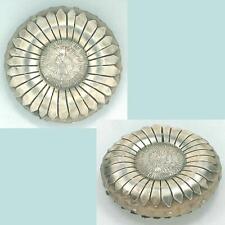 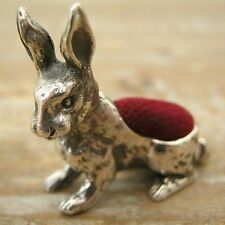