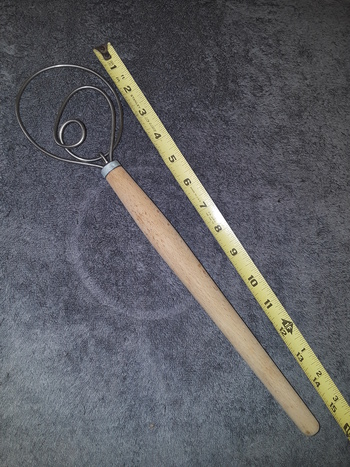 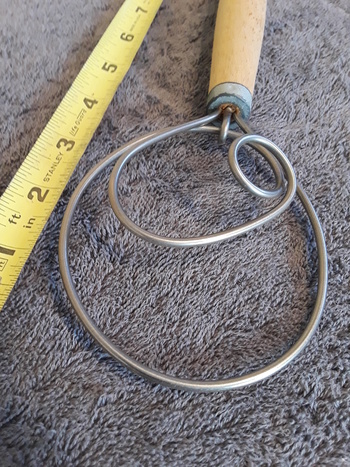 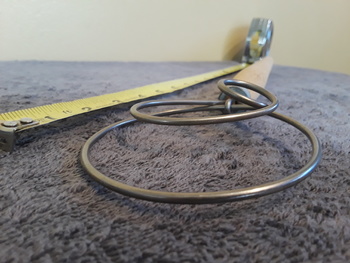 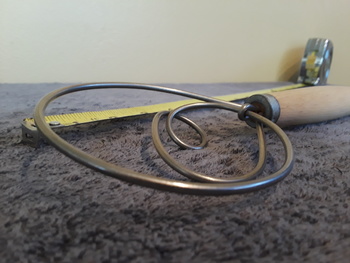 Found somewhere in a junk store ~30yrs ago, and to this day I've never seen another like it and still don't have the *slightest* clue what it's really supposed to be. I've always guessed it was a 'kitchen gadget' intended to either mix (like a whisk) or mash (like a potato masher) something, but its peculiar shape doesn't really seem like it'd be terribly well-suited for either of those uses...??

The whole thing is about 15" long, the roundish, very irregularly coiled 'business end' is roughly 4" across (at its largest, measured from the wooden handle) and appears to be made from stiff ~1/8" stainless steel wire. I've even wondered if maybe it started its life in some 'more conventional' coiled shape then got caught in some machine and 're-twisted' -- but I also don't think I know of any kind of (even commercial) mixer/etc that'd actually be *capable* of doing that to it???

MYSTERY SOLVED -- THANKS to member Watchsearcher for the answer!! Seems as though if I would happen to ever try to make something from "dough" (which isn't terribly likely, I might add...) this thing would be the perfect tool to use. Meanwhiles it's just fun to *finally* know what it actually is...I should probably be happy that at least I guessed it correctly as a 'kitchen gadget'...??? <lol>