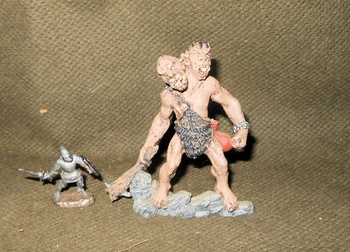 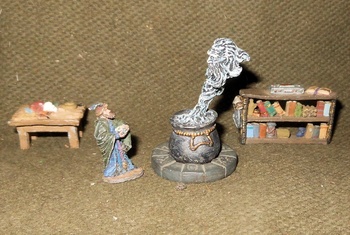 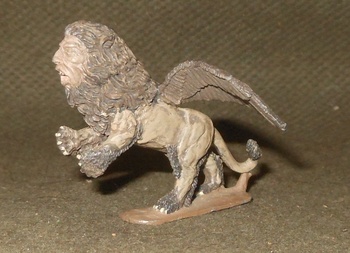 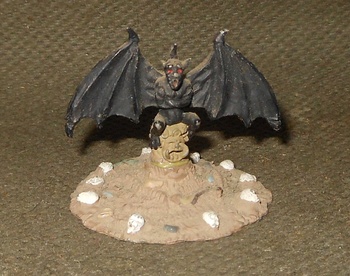 I had something else planned but that fell through so on with more miniatures. These were made for role playing games like D&D although they can also be used for display. PS they are made of lead.
Up first is a two headed giant of some sort with a knight to show scale. This is a particularly large figure.
Next is a magic user of some sort. Most likely a necromancer summoning some sort of creature from a cauldron. Note the circle with glyphs to protect the summoner.
Phot #3 is a manticore. Does not have the ELP scorpion tail.
Wrapping it up is a gargoyle on a burial mound. They don't do cemeteries like that anymore.