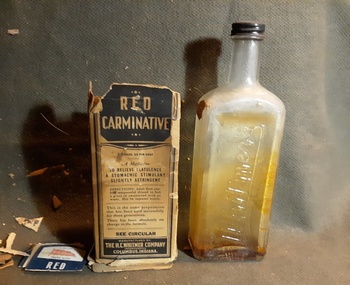 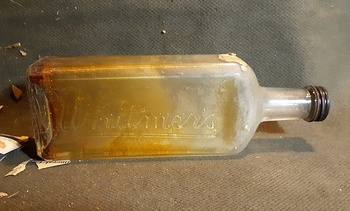 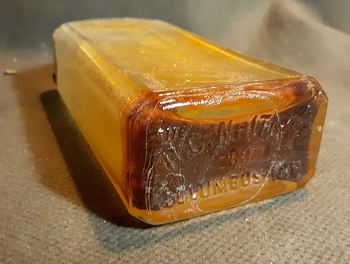 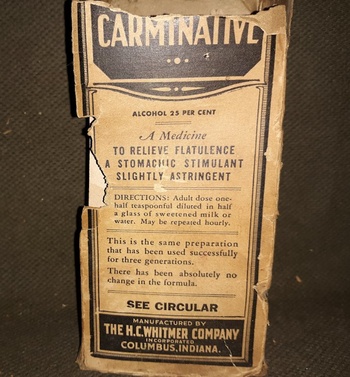 This is one of those antiqish items. Looks like an antique but not 100 years old so not an official antique. Has a screw off cap which if I recall correctly means it is less than 100 years old. Apparently the company went out of business after a fire in the 1950s. The graphics look a bit primitive on what is left of the box so I am thinking pre 1950s.
Now back to the beginning this was marked down to a dollar so I bought it. The box is in rather rough condition and as I sat it down for the photographic session I scooted it a bit and came up with a field of old box debris. It is a very neat bottle still with Whitmer's embossed right across the front of the bottle. Apparently this was stomach medicine with an astringent which would be good for an oilt teenager face. Probably did not do anything which is common with the various cures of the time.