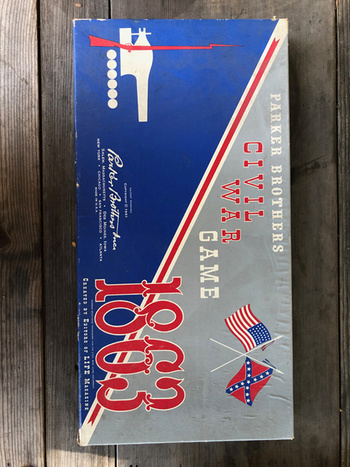 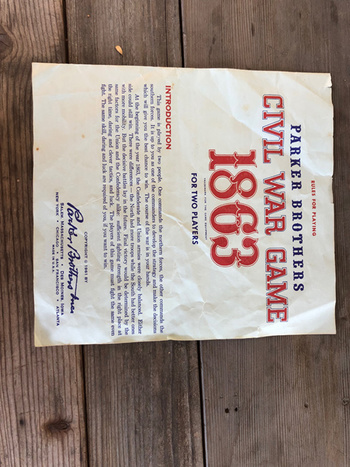 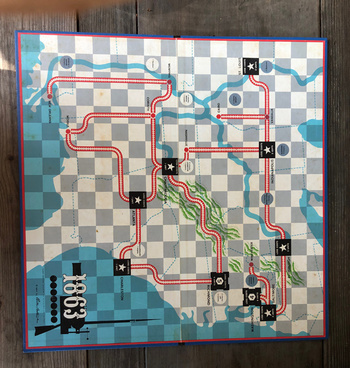 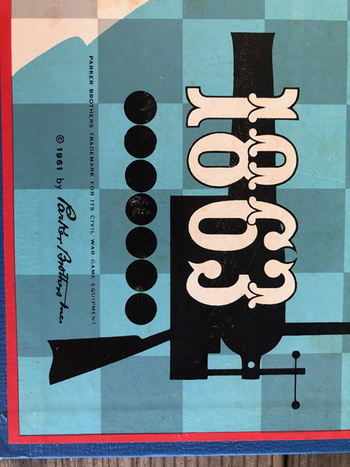 1961 was a great year for American history buffs. It was the 100th anniversary of the most important event in US history after the Revolution: The Civil War. Celebrations and commemorations were everywhere. Life Magazine had a six-part series on the war, written in part by Bruce Catton, the best-known writer in the field.*

And the final part of the series included a game: 1863.

The concept was simple: at the beginning of the year, the war was still evenly matched, so either side could win. So the North and South would fight to see if the result was the same as history.

Can’t find much about when Parker Brothers discontinued the game.

Some wear on the box - repaired with tape on a couple of corners but in solid shape.
two little parts are missing: (see parts list included in the instructions) (one confederate flag and one "Doubling piece") and but can easily be made by hand or with your ink jet printer. 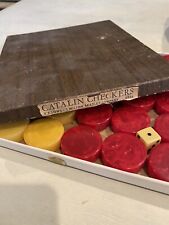 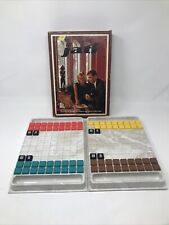 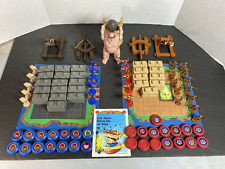 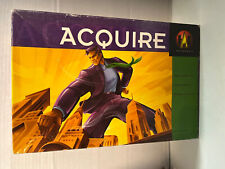