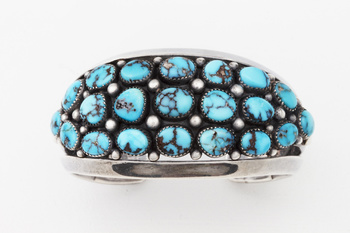 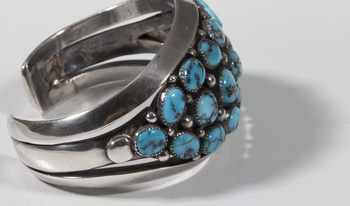 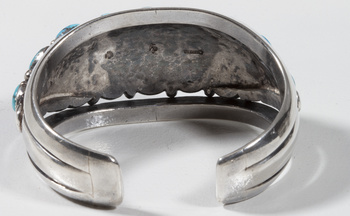 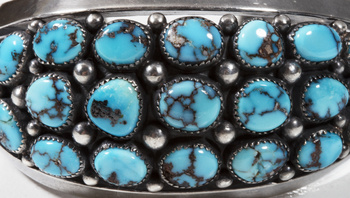 Frank Patania Sr., 1899 to 1964 was apprenticed to a goldsmith in his native Sicily as a young boy. He came the the US in 1908 through Ellis Island following a major earthquake and tsunami which devastated Messina, his home town.
He started working as a gold/platinum-smith and jewelry designer in 1918 in NYC for a company named Goldsmith and Stern and soon became a favorite designer and employee. After developing tuberculosis in 1923 he moved to Santa Fe NM to recover and fell in love with the American Southwest.
He opened his first store on the Plaza in Santa Fe in 1927 and sold his designs made by his workshop in which he employed many Native American craftsmen. He became very influential to and influenced by the silver and turquoise designs being made in the area and brought his platinum and goldsmithing techniques into silver and turquoise.