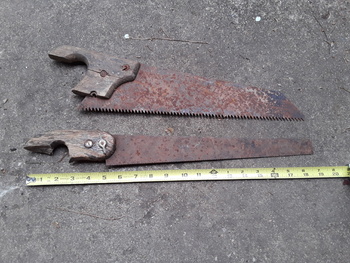 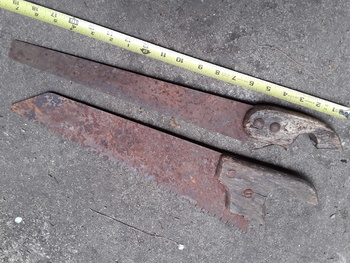 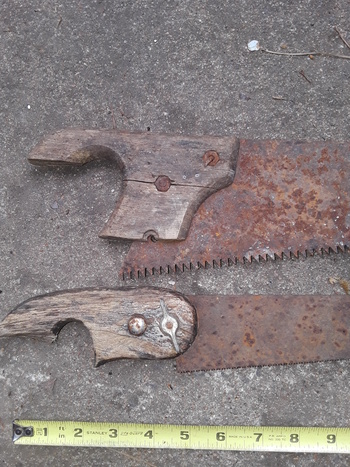 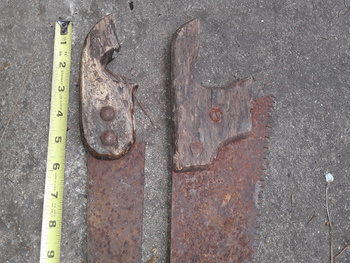 Like the old Disston handsaw I showed awhile back, neither of these may actually be so much "old" as just simply severely "abused". :-( Both were found in fact laying around *outside* of the cleanout house, thus their crusty-rusty blades at least.

As seen, they're both 18-19" long or so. The one on top has a quite aggressive fixed blade. (maybe a 'tree limb trimming' saw originally?) Note how someone once got creative replacing one of its handle bolts with a bent-over roofing nail. <sigh>

The bottom one has a wingnut type clamp suggesting it might have first been a 'miter saw' with interchangeable blades, the one remaining in it having fine teeth.

I haven't done anything to them beyond brushing the residual dirt/chunks off of their surfaces, and if either one has any name or maker's info on it I haven't been able to discern it yet thru the rust.