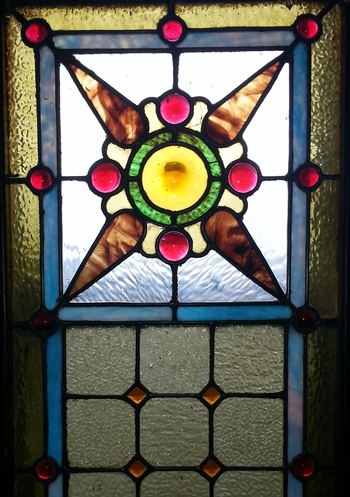 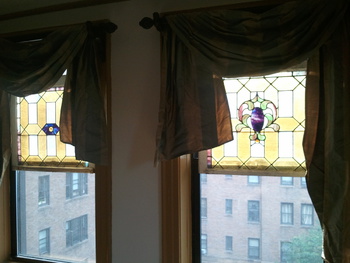 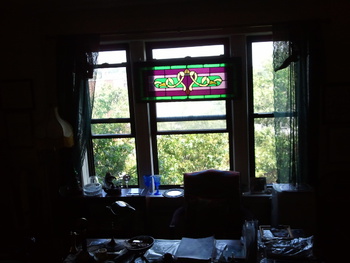 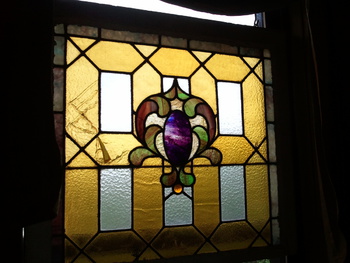 The most overlooked and yet the rarest antiques in the Victorian homes are the stain glass windows. They are often overlooked and destroyed during restorations and or demolitions. As so far as stain glass windows are concerned, my reference is to beauty, historical association ,age and to a quantity of years as well. These were acquired less that six months ago in East Orange, N. J. If anyone has any knowledge of these windows , I welcome your comments.
There is a distinct history pertaining to stain glass windows.
The year 1844 saw the commencement of a set of figurative altar windows for the architect Richard Upjohn's Trinity Episcopal Church. Upjohn contributed to the design that was probably produced by Thomas F. Hoppin. They were fabricated by Abner Stephenson.
In the 1850s several important studios were established that would survive and promote the industry. Henry Sharp, Henry Belcher, Joseph and Richard Lamb of Lamb Studios and William Gibson (who had reentered the field) founded these studios.
By the 1870s, the economic prospects for the industry were improving. Scotsman Daniel Cottier and Englishman Charles Booth set up firms in New York and New Jersey respectively to capitalize on the expanded American markets 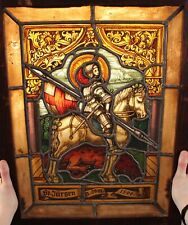 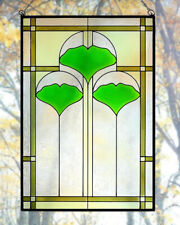 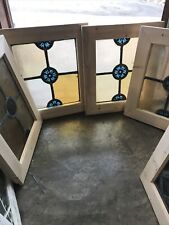 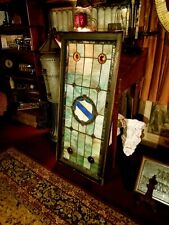