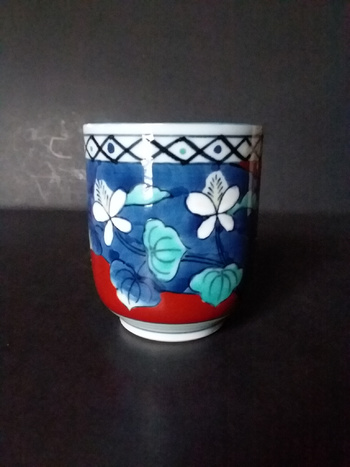 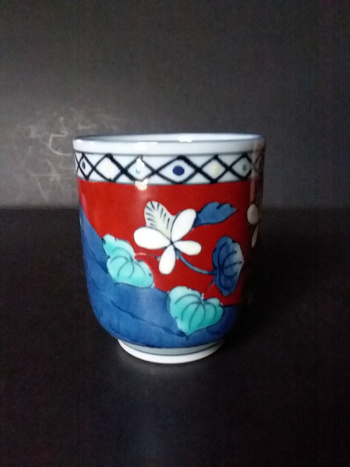 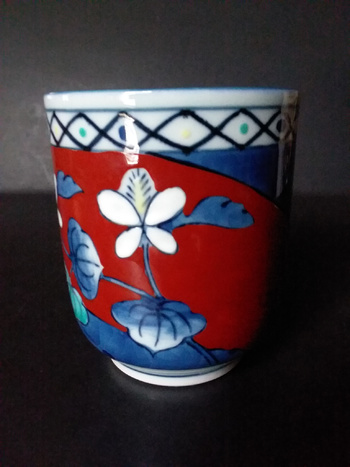 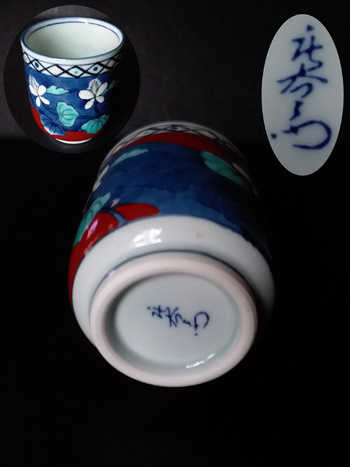 This Japanese yunomi is about 3.25" high x 2.75" in diameter at the top. The design is incised into the cup and was then hand painted. It is signed on the base. It came in a cardboard box which did not belong with the cup and probably was originally in a wood tomobako. I have seen the mark before and finally realized it is Imaemon, I think made by Imaizumi Imaemon XIII, but not 100% certain, yet. Imaizumi Imaemon XIII was designated a Living National Treasure during his lifetime. It is not porcelain, but thick enough ceramic that it is not translucent while still being pretty thin for ceramic. At first I thought it was porcelain.

The yunomi was purchased in Japan by the seller's sister about 20-25 years ago, just a single random yunomi. I try to limit myself to boxed meoto yunomi sets, now, but this was very nice, very cheap, decorated on all sides and had free shipping so I violated my own policy and bought it. No regrets!