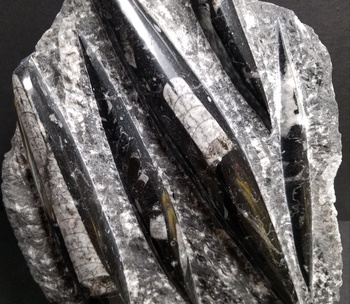 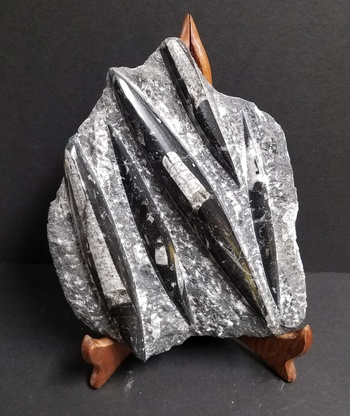 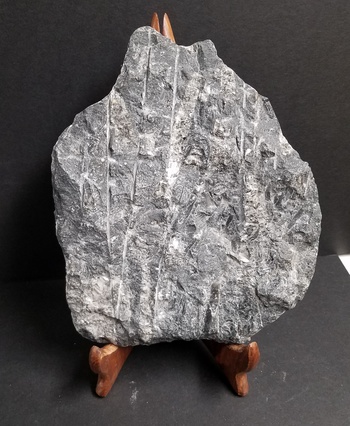 Could grow up to 14 feet long.

Was very smart, a very fast swimmer.. like a squid and could eject ink when in danger.

I've had these fossils for probably 30 years now. I had two of them but I don't remember what happened to the other one. Probably gave it to a friend.

Now..a WHAT WHAT?
Orthoceras ("straight horn") is a genus of extinct nautiloid cephalopod. These fossils are found in Sweden, Morocco, and even in Antarctica. There are often thousands of them in the same digging site!

ENGLISH PLEASE ..
An orthoceras is an ancient mollusk that lived in the Ordovician period. At that time, the earth was mostly covered in water. It had a soft squid-like body inside a cone shell. Over time, its aragonite shell turned into calcite and fossilized.

GROWS IT'S OWN SHELL
Unlike a hermit crab who must find and move into a bigger shell, an orthoceras didn’t have to go anywhere. It simply grew its shell bigger. It did this by creating a new dividing wall inside the shell called a septa. Today, you can see the septas separated by lines in the fossil. Scientists can tell the age of the orthoceras by looking at how many lines there are.