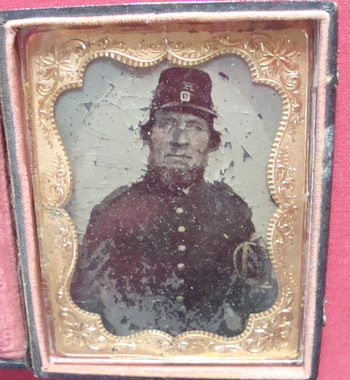 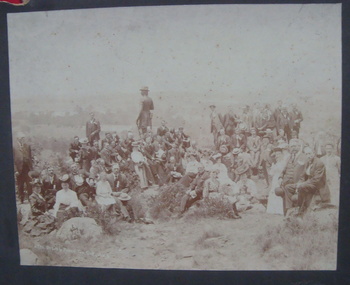 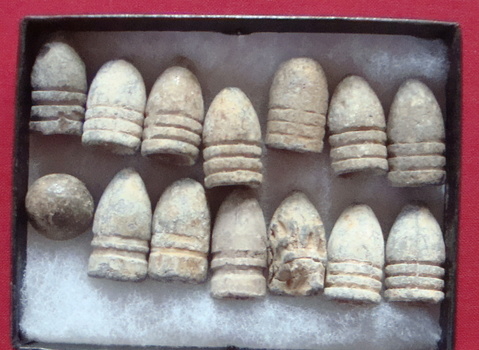 These three items I picked up at a local estate auction in Adams County, Pennsylvania just two or three
years ago from the same local family. First is an original tintype of a Union cavalry trooper. This image is
in poor condition, but it is the real deal, and gives perhaps a taste of the 1860s conflict. I have had much interest in this
image.

Next is a local Tipton photo from apparently a veteran's reunion on Little Round Top. From CA 1900.
The monument statue of Union general Warren was put there in 1888. Oh, when I went to this auction, this
photo had been placed under the auction table so that no one would see it at first. Later it was brought out, and after one glance at it,
I wanted it. I was lucky to get it. Hiding things at auctions does happen, and usually it is an attempt to keep others from seeing, and bidding on something desirable. If you bid..be careful.

Then is a group of bullets from the battlefield. Some from both sides. To me I expect that the family that these all came from
had a history from that battle long ago.