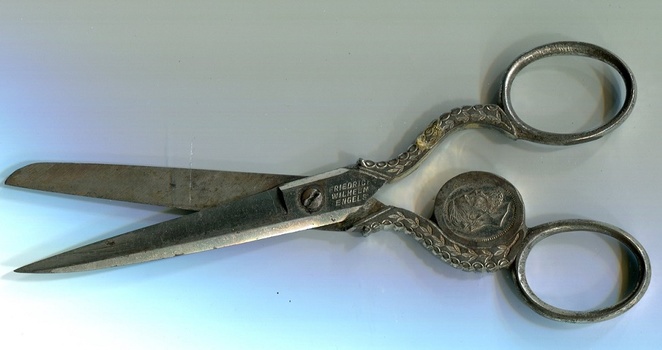 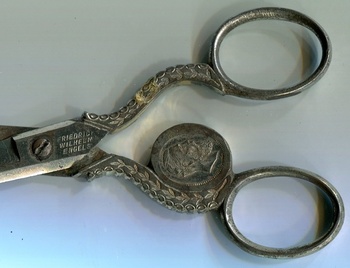 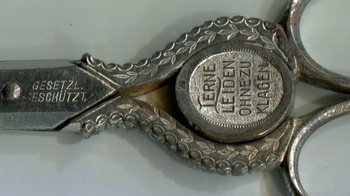 German Emperor Friedrich III’s reign only lasted three months and most of that was spent in bed with throat cancer. His death was internationally mourned and unleashed a flood memorial medals and memorabilia including this rare pair of commemorative scissors. This six inch pair of scissors is silver plated iron or steel and features Friedrich III’s oval portrait on one side and the words “LERNE LEIDEN OHNE ZU KLAGEN” translating ,”learn to suffer without complaint” on the other. By the hinge screw is “GESETZL. GESCHUTZT.” meaning protected by law. The maker name is on the other side and should be a name that many who read this will recognize, “Friedrich Wilhelm Engel”; the wealthy textile industrialist who partnered with and financed Karl Marx while he founded the theories of modern communism!

Scissors and Shears
See all