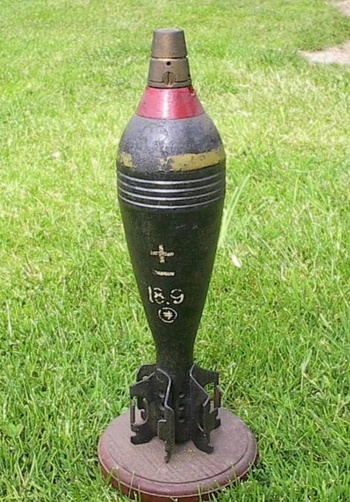 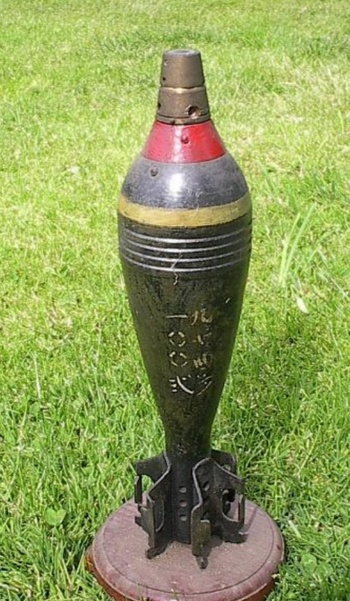 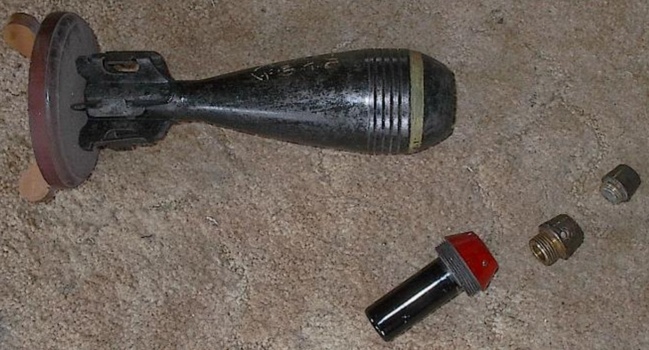 I'm a novice when it comes to war souvenirs but when I saw this in a collection that was for sell some dozen years ago, well, I had to have it. I knew what it was but not the particulars. A quick Google search resulted in learning it is a Japanese Type 100 81mm Mortar Shell from WW2. Thats all I could gleam from the internet at that moment. Live or inert? H'mmmmm. Great care was taken though from when I first had it in my hands til it was safely put away, in a junk car out in a far yard. Now, like a cat, curiosity got to me. One of the dumbest things I ever did. I tried and tried, as carefully as possible, to unscrew the fused tip. It wouldn't budge. Back to the internet. I learned that the fuse tip on mine was already depressed so I figured if it was going to blow up it would have done so years ago. And I also learned this. Japanese mortar shell fuse tips have reverse threads!!! So I attempted to unscrew the tip once again, the Japanese way this time, and it unscrewed very easily. With the fuse removed next was the timer. It too easily unscrewed. Then the detonator. It was empty of explosives material. That was removed and low and behold the body of the shell was also empty. Whew! So the inert shell now sits in the display, obviously tagged,..... INERT.