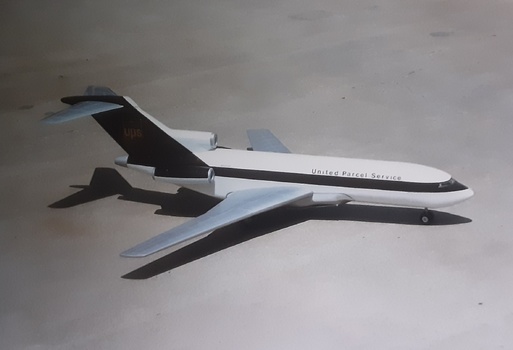 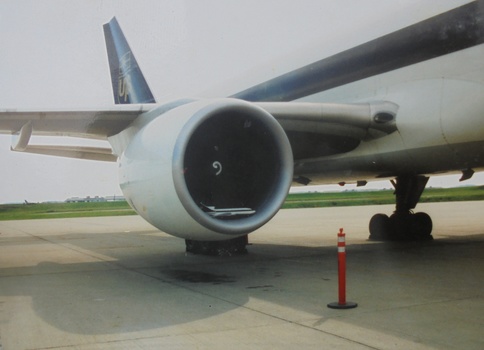 Going through some old photo files and I came across these. Back in the late 1990s a friend purchased one of those huge Remco 727's that were produced back in the early-mid 1960s. Wingspan of nearly 40" and length of 48". If I recall correctly it represented a UNITED AIRLINES 727. He bought it for one purpose only. To give it to me to redo it into something else. Since he worked for UPS at the time, well, he wanted the passenger 727 converted into a cargo version 727 that UPS had in its fleet of planes. The work involved dealt mostly with the filling in of the cabin windows. Then came the paint job. He acquired actual UPS paint from the UPS mechanics and it was applied to the model. I found appropriate lettering and added a freehand drawn tail logo. When it was finished he took it to the cargo terminal at Greater Pitt and with permission, posed the 727 inside the cowling of one the then more common 757's in service. The model, like I said is huge. The 757, well it's even more huge!